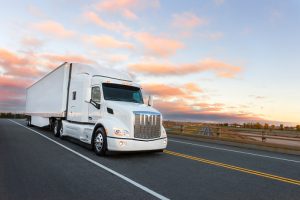 The wave of the future is here for the trucking industry. Many of its vehicles come fully equipped or retrofitted with modern safety technology that could reduce the likelihood of a roadway catastrophe. This includes:

When technology fails, the worst can happen

While this technology can go a long way toward preventing truck accidents in the Jacksonville area, it has its limitations. The ability to judge the road ahead and use evasive maneuvers to avoid a crash takes skill and experience - something that could become dormant if truck drivers depend too heavily on these safety features.

System errors can occur and many safety features could fail to detect potential hazards or alert drivers. Additionally, environmental factors such as rain, fog, and hazardous weather could obstruct some of these features' basic functions.

Modern safety technology can certainly make a significant difference, but it can't replace safe, responsible driving. There needs to be a balance of driving skill and responsible use of safety features. When something goes wrong, drivers should have full control of their vehicles. Failure to do so could result in a serious truck accident.

Safety technology means good news for Jacksonville road users. However, it doesn't provide a substitute for skill and responsible truck driving. If you were injured in a truck accident because the driver wasn't in control of his or her vehicle, it's crucial that your rights are upheld.

The attorneys at Pajcic & Pajcic are dedicated to helping injured motorists seek justice. We'll aggressively investigate your truck accident and find out where negligence occurred. We have the experience and legal knowledge to handle your claim. We have a long track record of getting big results for people injured in truck accidents, some of which include:

Contact our law office today to find out how we can help you.