Home » Blog » Traffic fatalities much higher than normal in 2020

Traffic fatalities much higher than normal in 2020 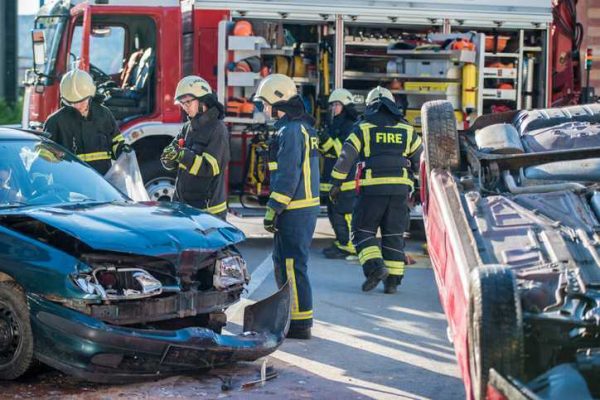 The United States began seeing a decline in overall traffic fatalities involving cars over the last few years. According to the National Safety Council, there were an estimated 38,000 traffic fatalities across the United States in 2019. That's a 2 percent decrease from 39,404 in 2018 and a 4 percent decrease from 40,231 in 2017.

StreetsBlog cited a recent report that found that the rate has been climbing at a greater rate in 2020 in comparison to the previous year. That's despite the overall traffic rate being down due to the COVID-19 pandemic.

How much has the death rate increased?

Traffic engineering firm Sam Schwartz compiled the publicly available data. They looked at data for the first six months of 2020. The stats revealed a 12.7 percent increase in the traffic death rate per 100 million vehicles traveled. That was in comparison to the same period in 2019. That's an increase from 1.02 per 100 million to 1.15.

Richard Retting is the national practice leader for safety and research at Sam Schwartz. He noted that traffic fatalities were down 5 percent during the first half of 2020 in 22 states and the District of Columbia. In Florida, there were 1,500 traffic fatalities in comparison to 1,597 in 2019. Fewer road deaths may sound like good news, but the overall fatality rate per vehicle miles traveled has increased.

Many traffic safety experts have linked the increase in traffic fatalities to the reduction of vehicle miles traveled. With fewer cars on the road, many drivers take the opportunity to travel at dangerous speeds. According to the Governors Highway Safety Association, state police have reported drivers traveling at speeds of 20-40 mph over the posted speed limits. In 2018, approximately 9,378 people were killed in speed-related crashes across the United States — 303 of them happened in Florida during the same year.

While the overall number of crashes has decreased, the ones that have occurred this year were more severe due to reckless driving and speeding. Yet, we don't know for sure what the actual numbers are for this year. We won't know until the traffic fatality reports are released.

Contact an experienced Florida attorney after a serious crash

Those who survive serious crashes often face debilitating injuries, medical bills, and financial and emotional devastation. If you or a loved one was injured in a crash, don't hesitate to seek legal help from an experienced Jacksonville car accident attorney at Pajcic & Pajcic.

Our legal team has helped thousands of clients recover every dollar owed to them after a serious crash. We have fought for:

Our firm serves clients across the state of Florida. To learn more about the legal options available to you, contact us and schedule a free case evaluation.