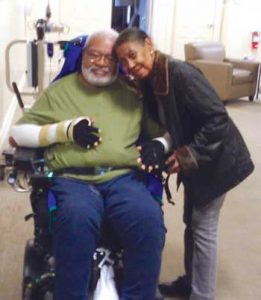 John Doe was 70-years old and enjoying retirement after 25 years as a truck driver, but he decided to take a part-time job just to keep busy. One day while driving for his company, John stopped on a busy road in Central Florida, because of another car and a box in the road ahead of him. But a truck driver was not paying attention and slammed right into the back of John's vehicle. 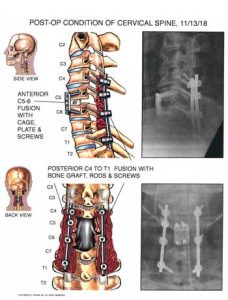 John had three surgeries to stabilize his spine, but doctors told him there was nothing they could do. He was paralyzed and would never walk again. Despite the devastating turn of events that changed his life forever, John remained positive and was especially grateful for the daily visits from his family members.

One of John's relatives also happened to be a former Pajcic client who highly recommended Pajcic & Pajcic. The firm immediately secured the full amount of uninsured motorist coverage available and filed suit against the driver of the truck and his company. Pajcic & Pajcic gave the defense a powerful video detailing John's life before and after the crash.  The primary liability issue was the percentage of blame that would be attributed to whoever dropped the box and to the car that had stopped in the road. To help combat these defenses, Pajcic & Pajcic obtained a persuasive affidavit from a key eyewitness. At an early mediation after a $25 million demand, the defense agreed to pay a confidential amount, putting John's total settlement at eight figures. It is almost unheard of to reach settlements of this magnitude less than five months after the crash.

John will now be assured to have all the money he will need for his care for the rest of his life. John vows to be happy all the time. "If you start thinking about the sadness it will only bring you down."