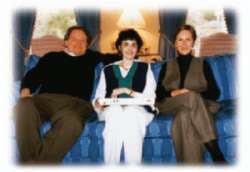 Jane Doe was a dynamic and attractive medical software executive from Boston. She had come to Gainesville, FL, to spend a week with Dr. Jose Gallo and to meet his family. After an afternoon picnic at Blue Springs, Dr. Gallo was turning his Mazda left into a Publix shopping center when they were struck broadside by a Bronco driven by James Johnigean who had just left Bennigan's with his friend Tim Finnegan. Jane Doe suffered catastrophic brain injuries. Jane had several years of treatment which cost $1 million. She will need future medical and attendant care which will cost even more. Her parents took Jane back to their home in the Ozarks, but were anxious about her future when they would no longer be able to care for her. 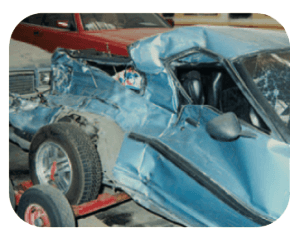 Although the drivers of the two vehicles involved in the accident had only limited insurance, Pajcic & Pajcic found seven different sources of funds for Jane. Over seven years, which included five separate appeals, Pajcic & Pajcic was able to collect a total of $7 million for her.

The first $800,000 came from insurance covering the Bronco. Johnigean first claimed to have only a $300,000 single limits policy with Southern Guaranty, but discovery revealed Johnigean had leased his Bronco from Bush Leasing, a small Ohio Company. The lease required Johnigean to purchase a $500,000 single limit policy. Although Johnigean never paid a premium, State Auto ultimately tendered its $500,000 limit because it never canceled the notice of additional insured it had sent to Bush Leasing.

Pajcic & Pajcic then discovered that Bush had $1 million in excess coverage. In tandem with attorneys for Dr. Gallo, who had himself suffered a serious brain injury, Pajcic & Pajcic then demanded the $1 million excess. Relying on the Florida statute which grants immunity for a lessor when the lessee has purchased a $100/300/50 policy, Bush's excess carrier refused to pay the $1 million. 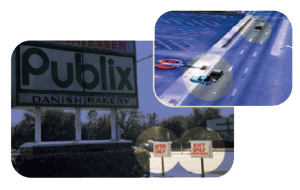 Pajcic & Pajcic then accepted the $800,000 from the auto carriers, but refused to give a full release. In order to preserve her claim against the excess carrier, Jane Doe only executed a covenant not to record or execute any judgment against Johnigean or Bush.

After the excess carrier lost the immunity argument on an appeal in the Gallo case which Pajcic & Pajcic argued as amicus curae, Bush's excess carrier finally tendered $4,400,000 over its policy limits plus additional consideration at 10:30 p.m. on the Sunday night before trial.

A third car, not mentioned in the accident report or traffic homicide investigation, proved to be the key to another $1.4 million of recovery for Jane Doe. Because the shopping center entrances and exits were not clearly delineated, that third car was attempting to leave through the entrance at the time of the accident. According to one of the accident reconstruction experts hired by Pajcic & Pajcic, the presence of the third car caused Dr. Gallo to swerve toward the exit and remain in the roadway just long enough to be hit by the Bronco.

After reversal of its summary judgement on appeal, Aetna paid $975,000 of its $1 million policy for the dangerous design and maintenance of the center. After appellate reversals of two orders dismissing it from the case, the anchor tenant Publix paid $447,000. The shopping center has now placed two-sided, illuminated signs to clearly mark the entrances and exits.

Every dollar of this recovery has made it easier for Jane and her family to cope with her situation. Jane has built a beautiful home in the Ozarks designed to accommodate her handicaps. Her father has retired to be her daytime companion. Despite her disabilities Jane volunteers several days a week to help others. Her true strength of character serves as an inspiration to everyone who is fortunate enough to witness the smile that Jane has finally mastered once again.

The computer animation used ghost vehicles to show how the accident would have been avoided if the Bronco had not been speeding.

The lawsuit has resulted in new signs marking the entrance and exit.