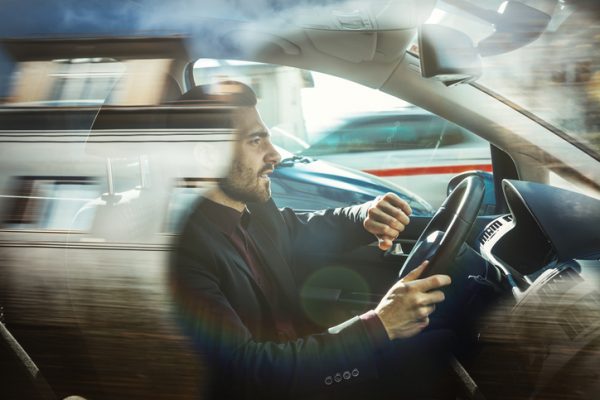 Car accident lawyers weigh in on the dangers of excessive speeding

We see lead-footed drivers barreling down Florida freeways at dangerous speeds far too often. Some drivers speed when they're in a hurry to get from point A to point B. Thrill-seeking drivers speed for the fun of it. All speeders have one thing in common: they endanger both themselves and other people on the road.

It doesn't take a substantial increase in speed for a serious car accident to occur. That's according to a recent crash test administered by the Insurance Institute for Highway Safety (IIHS). The nonprofit organization conducted crashes at impact speeds of 40, 50, and 56 mph. Here's what they found:

In short, 10 or 16 miles per hour was enough to make the difference between relatively minor injuries and potentially permanent or fatal injuries.

Florida is among the 41 states with speed limits of 70 mph on certain roads. The state raised its speed limit from 65 mph to 70 mph in 1962. Another IIHS study from 2019 concluded that nearly 37,000 people lost their lives on American roads over 25 years due to rising speed limits.

"Higher speed limits cancel out the benefits of vehicle safety improvements like airbags and improved structural designs," said Dr. David Harkey, IIHS president. "The faster a driver is going before a crash, the less likely it is that they’ll be able to get down to a survivable speed even if they have a chance to brake before impact."

A staggering number of drivers have a tendency to exceed the posted speed limit, even by as little as 5 mph. Some drivers do it without realizing it. A recent poll conducted by insurance comparison site The Zebra, found that 9 out of 10 drivers exceed the speed limit. Yet, 8 out of 10 drivers acknowledge the risks of speeding. Moreover, 40 percent of poll participants said that it's acceptable to speed when there aren't many cars on the road.

Know your rights after being hit by a speeding driver

More than 9,000 people died in the United States during 2018 due to speed-related crashes — 305 of those deaths occurred in Florida. Drivers who exceed the speed limit allow themselves less time and distance to react to an impending crash. Moreover, excessive speed reduces the level of control drivers have over their cars, especially during inclement weather.

The Florida car accident lawyers at Pajcic & Pajcic have seen countless lives changed for the worse because of speeding. For more than 45 years, we have pursued justice on behalf of thousands of injured motorists and their families. Our car and truck accident case results prove it. Some of the cases our law firm has resolved include:

You can count on our experienced team of litigators to fight for the best possible outcome for you and your family. We'll launch an aggressive investigation into your crash. We'll fight to maximize your compensation and won't accept anything less than what you deserve. Our lawyers would be glad to discuss your legal options with you during a free case evaluation. To get started, simply contact us online or call our Jacksonville office.