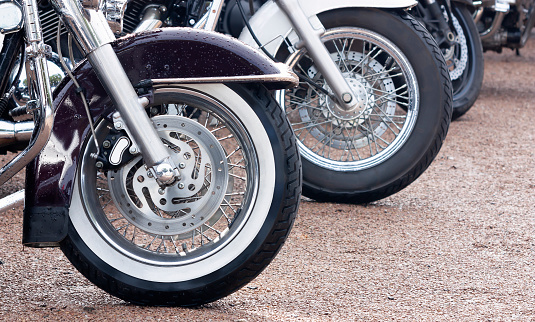 A Jacksonville woman recently became the city’s 27th motorcycle fatality of the year — a statistic that has startled many within our community. According to the Jacksonville Sheriff's Office, there were only 14 fatal motorcycle crashes around this time last year.

The deadly motorcycle wreck happened on a recent Friday evening in June around 6:45 p.m. in the 7300 block of San Jose Boulevard. According to First Coast News, the 38-year-old woman was riding a Harley-Davidson motorcycle south on San Jose while a Ford van travelled north along the street.

The van driver, a 46-year-old man, did not yield the right of way to the motorcyclist and made a left turn into Bolles School. The victim then crashed into the back of the van and was ultimately pronounced dead after being transported to a nearby hospital. An investigation into the incident is ongoing, but police say it does not seem as though drugs or alcohol played a role in the fatal crash.

The type of accident that killed the Jacksonville woman is the most common motorcycle crash in the U.S.: The driver of another motor vehicle makes a left turn in front of a motorcyclist, causing a devastating collision where the rider gets the worst of it.

So far, this year's spike in motorcycle fatalities is anecdotal; we won’t know the true data until 2022. Still, the high number of crashes is consistent with Florida traffic trends. In the past two decades, 2015 was Florida’s most deadly year for motorcyclists. That year biker deaths accounted for 20% of all roadway fatalities.

Since then, motorcycle riders have made up about 15% of Florida traffic accident deaths each year.

It’s important to be aware of the most unsafe scenarios for riders and to always share the road with motorcyclists. The National Transportation Safety Board has ranked traffic configurations by total U.S. motorcycle crashes over one year.

Here they are, from most to least accidents recorded:

Riding a motorcycle in Duval County

In Jacksonville and all around Florida there are some amazing rides that draw people from all over the country. You can follow along the St. Johns river on SR-13, take twisty roads along the Coastal Run, or check out the Ocala National Forest, to name a few of the area’s best rides.

Duval County and Jacksonville have been a part of this trend. There are more than 25,000 motorcycles registered in Duval County, which translates to about 27 motorcycles per 1,000 residents.

In response to motorcyclist deaths, the Jacksonville Sheriff’s Office started running a free Safe Motorcycle and Rider Techniques (SMART) safety course. The goal is to help young riders understand how to navigate common roadway situations. Riders learn about the proper use of the head and eyes during turning, leaning the bike to make turns, and using the clutch.

Our law firm gets results for injured motorcyclists

The motorcycle accident lawyers at our Jacksonville law firm have extensive experience fighting for the financial compensation and justice injured riders deserve.

Other recent motorcycle accident case results include $2 million for a man who suffered a serious leg injury and over $5 million to settle a fatal crash with a big delivery truck.

If you were injured or a loved one died in a motorcycle crash, contact us for a free consultation to learn your legal rights and options. We can explain how the law applies to your specific case and help you realize the full value of your claim.