More Than $5 Million For Fatal Motorcycle Wreck During Bike Week 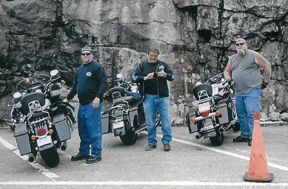 Three good friends came down to St. Augustine to take in Bike Week, escape the Connecticut winter, and ride across Florida. The men spent the day at a Harley-Davidson dealership, collecting t-shirts and seeing the sights. As they rounded a curve on rural US1 in a safe, staggered formation, all of a sudden 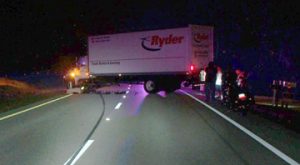 out of the darkness loomed a big delivery truck blocking both northbound lanes. All of the bikers took immediate, evasive action. Two of them skirted the front of the truck. John Doe was not so lucky. He had a direct impact between the cab and the box and did not survive. 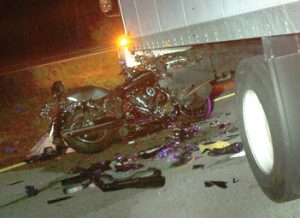 not speeding and had no chance to avoid the truck.  But when he demanded $5 million to settle all the cases, the insurance company, relying on a 0.181 blood alcohol level of the motorcyclist who was killed only offered $325,000.

With the statute of limitations approaching, their attorney brought in Pajcic & Pajcic, whom he had watched win a big wrongful death trial in Flagler County. Pajcic & Pajcic turned the focus to the delivery company, which, like many "gig" companies denied any responsibility. Pajcic & Pajcic showed that the company demanded excessive hours and controlled every aspect of his employment.

After Pajcic & Pajcic survived 10 motions for summary judgment and the judge determined that punitive damages would be determined by the jury, the case resolved after a second mediation, for more than the original offer. While everyone was happy to settle the case, no one will ever fully recover from the tragedy and the loss of a friend, father and husband.