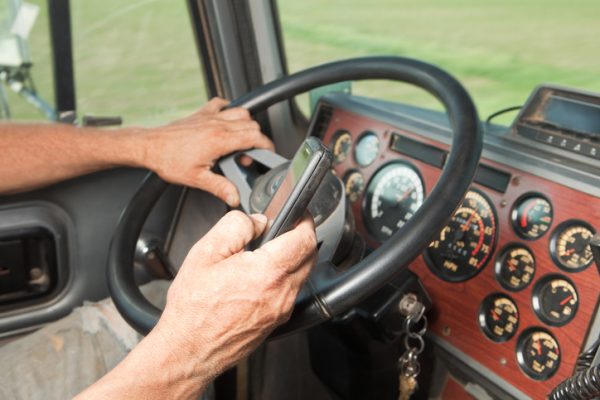 It takes a considerable amount of skill, experience, and attention to safely operate a commercial motor vehicle. Any minor error made by a truck driver can result in a catastrophe that can injure or kill many people.

There are few things that are more dangerous than a truck driver who is distracted by a cellphone. Distracted driving is one of the leading causes of serious and fatal truck crashes. Oftentimes, truck drivers become distracted by cellphones, paperwork, multi-tasking, and eating and drinking. According to an article in FleetOwner, one Minnesota truck driver’s eagerness to browse real estate on his cellphone cost another driver his life.

It only took eight seconds

The incident took place over the course of eight seconds. The truck driver, Sam Hicks, admitted that he received a text from his girlfriend who expressed interest in real estate that she found on Zillow.

“I pulled out my phone to see what she was talking about. I thought it would be fine, I thought nothing would happen," Hicks said in a recorded jail interview.

The crash victim was stopped at a traffic light at the time of the crash. Hicks admitted that he hit the driver while traveling at a speed of 63 mph.

The crash victim’s car was crushed so severely that it had to be towed to a nearby fire station where his body was extricated.

What drivers can learn from this tragedy

Following the tragic truck crash, the Minnesota Department of Public Safety released a public service video titled Eight Seconds: One Fatal Distraction. The video opens with the chilling dashcam footage of Hicks barreling into the back of the crash victim’s car at 63 mph. It also shows cab footage of Hicks looking at his cellphone and includes statements from Hicks, law enforcement and the family of the crash victim.

In the video, Hicks expressed regret and offered his condolences to the family of the crash victim. Moreover, he brought up a point that should resonate with all drivers.

Distracted driving results in tragedy far too often in Florida and across the United States. All drivers are expected to pay attention, keep their hands on the wheel, and keep their eyes on the road. Truck drivers should especially be aware of the amount of damage they can cause while operating a vehicle that weighs as much as 80,000 lbs.

The Florida attorneys at Pajcic & Pajcic have seen it far too often. For more than 45 years, our law firm has represented thousands of crash victims and their families, including:

If you or a loved one were hurt in a truck accident, our attorneys would be glad to sit down with you and go over your legal options. We understand the pain and suffering you may be going through. In addition, we understand the financial hardship you may be faced with – costly medical procedures, lost wages, and burial and funeral expenses (if you lost a loved one). We’ll aggressively investigate your crash and fight to help you recover every dollar you’re entitled to.

Our case evaluations are confidential and free of charge. There is no pressure to hire us to handle your case, just answers to your questions. We serve clients all over Florida. To get started, contact us online or call us.