Jane and John Doe had only been married three years when another logger crashed into the rear of John's empty log truck killing John. Jane did not know where to turn for help, but her Folkston attorney did. He was the corporate attorney for a company that had lost a $13 million verdict a few years back to Pajcic & Pajcic.

Everyone knew the at-fault trucker would have to pay. The question for the client and Pajcic & Pajcic was how much.

In addition to his third wife Jane, who was the sweetheart and love of his life, John left two sons - a 17-year-old son from his first marriage who was his best buddy, and an eight-year-old son from a second marriage, who lived with Jane and John and was the center of their life.

While John was a good provider, the hard economic damages were less than a million dollars.  Despite starting before dawn and driving long hours in a beaten-up truck without air conditioning, a logger just does not make that much money. 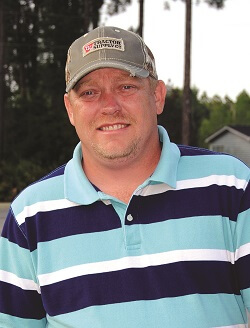 The real damages are the non-economic ones.  In Georgia, the question is what was the value of the decedent's life.  That kind of argument to a Florida jury would result in a mistrial.  Florida law defines the non-economic damages as the pain and suffering of the surviving spouse and children.

But in Pajcic & Pajcic's experience, those legal niceties do not matter all that much.  The keys to a fair verdict are getting the right jury, highlighting egregious fault and painting a compelling picture of love lost.  The key to a good settlement is the defense knowing you are fully prepared - and willing - to go to trial to get what is fair.

In this case, the fault of the driver of the second log truck was obvious.  The fully loaded log truck hit John Doe's empty trailer at 55 mph and vaulted over John's cab into the line of four vehicles stopped in front of him.  The defense knew that Pajcic & Pajcic would leave no stone unturned in showing the complicity of his employer in the driver's conduct. 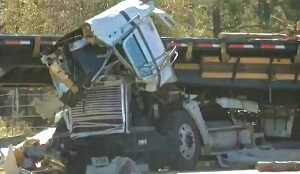 Fortunately, the trucking company had better insurance than most log trucks.  Yet, when Pajcic & Pajcic sent a compelling settlement video and demanded tender of the limits, the insurance company refused.  Instead, it scheduled a global settlement conference and invited all the claimants from the big crash.  Pajcic & Pajcic refused to attend a settlement conference without a prior tender of the limits and filed suit.

Fortunately, the defense retained savvy attorneys who recognized the real threat of an excess verdict in a case like this, such as the one won by Pajcic & Pajcic only a few years earlier in another tragic log accident in the same county.  Despite the half dozen other claims, Pajcic & Pajcic obtained almost all the policy limits for John's wife and children.

But that was not the end of this case.  As soon as Pajcic & Pajcic was retained in the case, we carefully documented the construction scene at the time of the crash.  Our investigation and analysis showed that the signs warning of construction ahead and the need to stop were all crammed up close to the stop position; neither the flagmen nor other workers had the requisite DOT certification; and none of the on-site personnel knew anything about proper safety procedure. 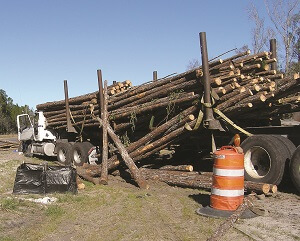 The total settlement was $9 million.  It was fairly divided among the spouse and two children based on the proportional allocations in verdicts involving similar tragedies.

While John's big heart and warm personality will always be missed, the family at least knows that justice has been done and the value of John's life appreciated.