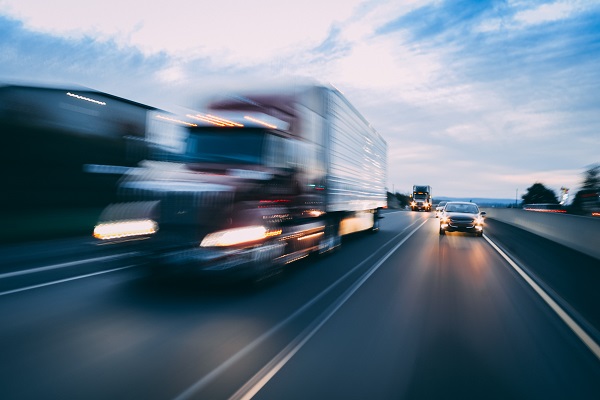 Too many impaired truckers cause catastrophic truck accidents.

Operating a semi-truck is no small task. Truck drivers are responsible for navigating their massive vehicles safely through roads and highways across the country. Not only do these drivers need to be highly skilled and alert at all times, but they also need to practice safe driving habits while on the job. Unfortunately, when truck drivers don't adhere to these standards, it can lead to tragic consequences.

One of the most reckless decisions a trucker can make is getting behind the wheel of a big rig while under the influence of alcohol or drugs. Stress, fatigue, long hours away from home, and pressure to meet unrealistic deadlines are a few of the most common factors which can contribute to substance use among truckers. Some commercial truck drivers may also turn to drugs or alcohol as a way to cope with physical discomfort or emotional issues. Whatever the reason, the results can be catastrophic and even fatal.

At Pajcic & Pajcic, our truck accident lawyers have seen the devastating consequences of collisions caused by truckers who are under the influence of drugs or alcohol. If you or a loved one has been injured in a truck accident, we can help you fight for the compensation you need and deserve. Contact us today for a free case evaluation.

Are truck drivers tested for drugs and alcohol?

Although alcohol and drug use are illegal while operating a commercial vehicle, some truckers still choose to drink or use drugs before or after hitting the road. According to the Federal Motor Carrier Safety Administration (FMCSA), the legal limit for truckers is a blood alcohol content alcohol level of 0.04%. In comparison, the legal limit for all other drivers is capped at 0.08%. Additionally, truck drivers are not allowed to keep alcohol in the cab or consume alcohol within 4 hours before operating a commercial vehicle.

Truck drivers must undergo drug and alcohol testing as a condition of their employment. The FMCSA requires truck drivers to submit to random drug and alcohol tests, in addition to mandatory tests, before they start their jobs and after any on-the-job accidents. Refusing to take a test can result in disqualification from driving a commercial vehicle.

The FMCSA also requires truck drivers to attend safety seminars and classes to learn how to handle any situation involving drug or alcohol use while driving. These courses help drivers understand the dangers of operating a large commercial vehicle while under the influence of drugs or alcohol and how to deal with possible scenarios. Additionally, employers are responsible for performing drug and alcohol tests on new employees and can be fined if they fail to do so.

How common is drugged and drunk driving in the trucking industry?

The National Institute on Drug Abuse (NIDA) estimates that about 10% of all truck drivers in the U.S. test positive for drugs or alcohol. Though this figure is lower than the overall rate for adults in the U.S., the risks associated with such substance use by truck drivers are exponentially greater due to their responsibility for operating large commercial trucks on public roads.

According to the FMCSA's Drug and Alcohol Clearinghouse, thousands of truck drivers test positive for drugs or alcohol every year. Historically, marijuana is the drug that shows up the most in positive tests. Keep in mind that even though many states have legalized marijuana for recreational use, it is still against the law to drive while under the influence of cannabis.

Other common drugs that truckers often test positive for include:

Again, an impaired truck driver is more likely to cause a fatal truck accident since they lack the reflexes and coordination to control such a large and heavy vehicle properly. As such, trucking companies must enforce stringent policies that help prevent impaired driving by their truck drivers. Truckers should also be educated on the dangers of drugged and drunk driving and the possible legal consequences.

While there may be obvious signs of impairment, such as erratic driving behavior or drug paraphernalia in the truck's cab, establishing a clear link between drug or alcohol use and the truck accident often requires a thorough investigation.

The mandatory test that truckers take after an accident can help establish whether drugs or alcohol had an influence on the driver's ability to operate the 18-wheeler safely. Additionally, witnesses may be able to provide statements regarding any signs of intoxication observed before, during, or after the crash. Finally, in some cases, a trucker's driving history can reveal whether they have been cited for any prior incidents involving substance abuse or if they have a history of reckless behavior — and whether the trucking company knew or should have known about it.

Ultimately, demonstrating that drugs or alcohol played a role in a truck accident is important for establishing liability and ensuring victims receive fair compensation for their damages. If you or someone you know has been injured in an accident caused by a truck driver under the influence of drugs or alcohol, it is important to speak with an experienced truck accident attorney who can help investigate the cause of the crash and pursue maximum compensation for your losses.

The experienced truck accident attorneys at Pajcic & Pajcic know how to hold negligent truckers and trucking companies accountable. For example, in one case, we secured a $3.5 million settlement for a client hit by a flatbed truck driver who admitted to drinking the night before the pre-dawn accident. In another case, we recovered $9.65 million from a trucking company that failed to conduct a background check on a driver with a history of cocaine use and failed drug tests.

To learn more about how we can help you, contact us today for a free case evaluation. We are located in Jacksonville, Florida, and proudly represent truck accident victims nationwide.