$3½ Million from Trucker Who Backs Up Over Motor Scooter 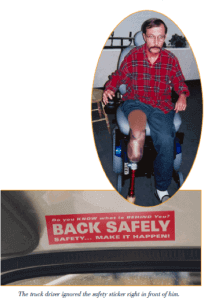 Both men had multiple DUI convictions, but one rode a motor scooter to his factory job while the other, who had the more serious problem with alcohol, was hired to drive a big truck.

In the pre-dawn hours of September 5, 2003, John Doe was riding his scooter to work behind a flatbed truck. The driver of the flatbed missed his destination, stopped suddenly and backed up over John.

John spent four months in hospitals and had 15 surgeries. His left leg has multiple plates and screws. John's right leg had to be amputated.

The defendant driver had four prior DUI's, two involving accidents, and numerous other criminal convictions involving alcohol abuse. He had been fired by two of his prior three employers for misconduct including batteries on fellow employees. 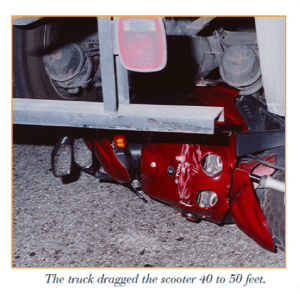