Jacksonville suffers 3 fatal teen crashes in under a week 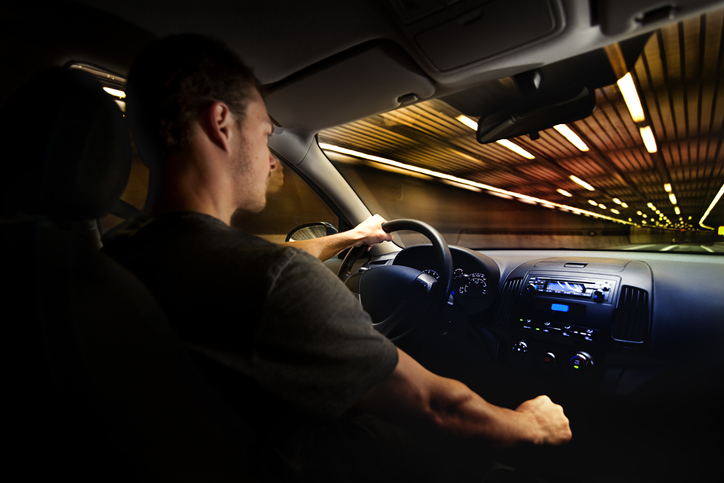 A recent string of fatal car accidents involving teens has put a spotlight on the risky behaviors of new drivers.

In late May, northeast Florida suffered three fatal car accidents involving teens, resulting in a total of three deaths. The victims were two Jacksonville teens ages 17 and 18, and a 71-year-old Nassau County woman.

In all three instances, teens were driving at least one of the vehicles involved in the crashes.

Florida Troopers and Jacksonville Police say driving too fast was a factor in two of the fatal accidents. Speed was involved when a 16-year-old driver got into a deadly accident on Monument Road, killing her 17-year-old passenger.

It also contributed to the crash that killed an 18-year-old on Old Kings Road when her car collided with a pickup truck. The accident that killed the Nassau County woman happened when a 19-year-old Fernandina Beach teen failed to stop at a traffic light and struck the woman's car.

The proportion of fatal crashes involving speed is far higher for new drivers than for adults, as the biggest risk factor involved in most teen crashes is speeding, according to multiple studies.

About 43% of deadly teen crashes involve speed, while the same is true for about 30% of accidents involving adult drivers.

Attempts to understand why teens feel the need to speed and what can be done to slow them down have been ongoing for years. However, recent studies may have pinpointed a few causes and solutions.

Why do teens speed?

Among the most influential factors was how often teens see adults driving too fast. Parents often warn their children about the dangers of speeding. But if the child sees adults going over the speed limit, even if it's "just to keep up with traffic," they are more likely to think this is an acceptable driving behavior and mimic it.

Here are some other discoveries made in the GHSA report

Put the brakes on speeding

One of the biggest challenges to reducing the risk of speeding fatalities is that our culture embraces the idea of going fast. You don't have to look far for evidence — a 10th Fast & Furious movie is planned for release in 2022.

A recent AAA Safety Culture Index survey found that nearly half of all drivers admit to regularly driving 15 mph over the speed limit.

To get everyone to slow down on highways and local streets, the GHSA has some recommendations.

These devices record people driving over the speed limit. Usually, a traffic violation ticket is mailed to the driver's home. Florida does not use speed cameras, but it does have red light cameras. Lodged inside traffic lights, this equipment monitors intersections all over the state, including in Jacksonville, Gainesville, and Palatka.

Many states require students to take some type of driver education class before getting their licenses. In Florida, if you have never had a license before, you have to pass the Traffic Law and Substance Abuse Education (TLSAE) course. The GHSA recommends teens also take an online learning course such as the Accelerated Curriculum to Crate Effective Learning (ACCEL) program or Ford's Driving Skills for Life Academy.

Florida already has this system in place. Step or graduated license programs start new drivers out with restricted privileges. These can include being allowed to drive only during the daytime and limiting the number of passengers. Driving safely and passing tests removes the restrictions until the driver achieves a full license.

Most state and local police departments do as much traffic enforcement as they can, but budget cuts and staff shortages mean there is more work that could be done.

Advancements in driver-safety technology are helpful to drivers of all skill levels. Features like lane-keep assistance, automatic emergency braking, adaptive cruise control, and speed limit recognition have become standard in newer vehicles. You can also use apps to monitor your teen's driving behavior and location in real-time.

Service. Experience. Results. See how Pajcic & Pajcic can help you.

Along with speeding, teen drivers are also more susceptible to distracted driving — particularly texting while driving — due in large part to their inexperience. In fact, 33% of teens who text confess they've read or sent a text while driving, which is alarming considering you're 23 times more likely to be involved in a crash when you're texting instead of paying attention to the road ahead.

If you or a loved one was severely injured in a bad car accident with a teen driver, or if you're the parent of a teen driver who was seriously hurt in a crash, you have the right to seek compensation for all your accident-related damages.

The problem is auto insurance companies are financially motivated to pay injury victims as little money as possible. That means an insurance adjuster might misrepresent the law and/or coverage, question the severity of your injuries, ask for a recorded statement to use against you later, purposefully delay your claim, or make you a "lowball" settlement offer that doesn't even come close to covering the cost of all your losses.

At Pajcic & Pajcic, our highly skilled attorneys have been protecting the rights of crash victims for nearly 50 years.

In that time, we have taken on thousands of cases and recovered more than $1 billion for our clients, including a $4.3 million verdict for a teenage crash victim whose life was changed forever when she was hit by a distracted teen driver.

Discover what an experienced car accident lawyer in Jacksonville can do for you and contact us today for a free consultation.