Home » Disclaimer » The most dangerous intersections in Duval County

The most dangerous intersections in Duval County 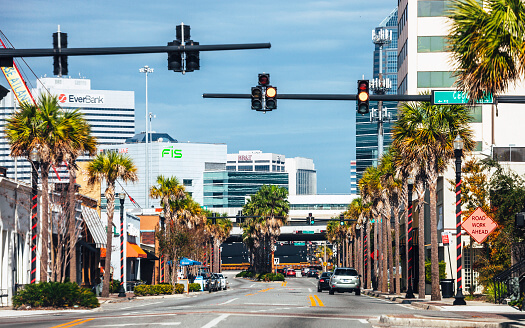 The News4Jax I-TEAM reviewed crash reports submitted to the state’s Department of Highway Safety and Motor Vehicles from local agencies and the Florida Highway Patrol. They compiled data to determine which intersections had the most crashes.

What the data says about dangerous intersections

One street makes multiple appearances on the list, including in the top three spots – Blanding Boulevard.

The most dangerous intersections in Duval County, followed by the number of crashes in 2020, are:

There are a lot of car crashes happening at Jacksonville intersections. Most of the time, they are caused by driver negligence.

“A lot of people get complacent driving,” said Officer Donny Almonte, who is assigned to the traffic unit of the Jacksonville Sheriff’s Office. “They forget that they have a 1000, 2000, 4000-pound machine and they need to be in charge of that.”

There are many examples of driver negligence that can lead to a collision. A driver may have been speeding through the intersection to beat a yellow light. Another driver may make a left turn without checking for oncoming traffic. Some drivers are distracted by their phones or are under the influence of alcohol or drugs.

Dealing with the aftermath of a crash

People hurt in intersection accidents often suffer severe and debilitating injuries, such as broken bones and injuries to the head, neck, or back. They may need surgery, hospitalization, medication, and physical therapy. Medical expenses add up fast, but they may not be able to work because of their injuries. They can experience financial stress and wonder how they are going to pay their bills.

If you were hurt by a negligent driver, you deserve financial compensation. But the process can be complicated. Negligent drivers deny doing anything wrong and insurance companies do everything within their power to pay you as little as possible. They may make you a settlement offer, but it likely won’t even come close to covering the damages you suffered.

That’s why you need an experienced Jacksonville car accident lawyer. Pajcic & Pajcic has been fighting for the injured in Duval County since 1974. You can count on high-quality legal representation from an attorney who will fight to help you get the best possible outcome in your case, either through a negotiated settlement or a jury verdict.

In one case involving a fatal intersection crash and a trucker, our attorneys secured a $5.2 million verdict for the victim's husband, who was also severely injured in the crash. In another case, we obtained a $1.5 million settlement for a client who was injured when a truck sped through a flashing yellow light.

If you were hurt in an intersection crash, we encourage you to get legal advice as soon as possible. Contact us to schedule a free consultation. We can review the details of your accident, go over your legal options, and answer any questions you have.