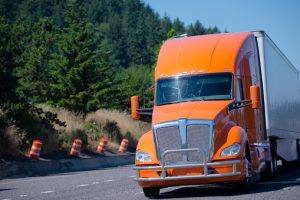 Underride truck accidents are common risk drivers face when sharing the road with large trucks. The trailers on semi-trucks are raised just enough for smaller vehicles to get crushed underneath.

When these accidents occur, occupants of cars usually sustain injuries to the neck and head. Since the damage occurs above the hood of a car, the airbags are useless. Even if crash victims survive underride truck accidents, injuries will likely be severe.

Underride accidents are often caused by:

Many trucking companies require underside guards on their vehicles, but since it's not required by law, many fleets are not equipped with them. That could soon change.

Hundreds of people die in underride collisions every year, with Florida, unfortunately, ranking among the top states for reported fatalities," said Rubio.

The "Stop Underrides Act" was originally introduced by Gillibrand in 2017, but was only referred to the Committee on Commerce, Science, and Transportation.

The bill would require the U.S. Department of Transportation (DOT) to issue a final rule to implement and enforce the use of rear and side underride guards on all commercial vehicles.

Additionally, the Owner-Operated Independent Drivers Association (OOIDA) claim that the implementation of underride guards, as well as the safety benefits they would provide, are unrealistic.

The effectiveness of underside guards

A test conducted by the Insurance Institute for Highway Safety (IIHS), demonstrated the effectiveness of underride guards on semi-trucks. In one test, a sedan traveling 35 mph collided with the underride guard. The guard sustained a dent and the vehicle's airbag was activated. Most importantly, the vehicle didn't get pinned under the trailer.

In another test without the underride guard, the sedan, traveling at 35 mph, drove directly under the trail. The top of the vehicle was sheered off and the airbags failed to activate.

Underride guards have the potential to save lives in Florida, but as it currently stands, crashes like this can happen at any time with little time to respond.

If you or a loved one was injured in an underride crash with a large truck, you may be entitled to compensation. The attorneys at Pajcic & Pajcic are dedicated to holding negligent trucking companies, and their drivers, accountable for injuries they cause.

Our legal team is experienced in handling underride truck accidents - such as a $13 million verdict in a case involving a log truck that made a negligent U-turn on U.S. 1.

To learn how we can help you, contact us to set up your free case evaluation.