How Safe Are Autonomous Semi-Trucks? 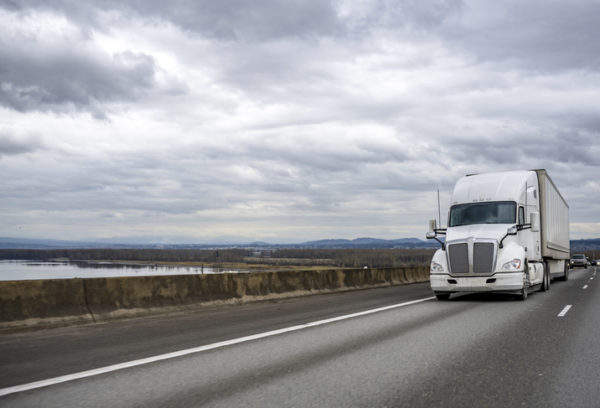 Imagine driving on a highway next to a fully-loaded 18-wheeler – and there's no driver in the cab. To some, this might sound like a great solution to the ongoing commercial truck driver shortage, as reported in The New York Times. To others, this might seem like a nightmare in which autonomous semi-trucks wreak havoc, causing serious or even fatal truck accidents on roads and highways across the country.

But the reality is the trucking industry is actively exploring the use of autonomous trucks to transport goods across the country. The topic was the focus of a recent panel discussion at the Truckload Carriers Association’s Truckload 2022 annual conference in Las Vegas, according to Fleet Owner Magazine.

Autonomous vehicles (AVs) are actively being developed for the commercial trucking industry, according to trucking company officials who took part in the panel discussion at the recent Truckload conference.

According to trucking company officials in support of autonomous semi-trucks, such technology could save trucking companies money and reduce the number of truck accidents that are caused by driver error.

“Safety is really the founding reason that Waymo started working on this technology. And the benefits are really huge,” said Charlie Jatt, head of commercialization for trucking at Waymo. “Not only are traffic accidents extremely grave, but they’re also costly. The Federal Motor Carrier Safety Administration (FMCSA) estimates that truck crashes in the U.S. alone cost more than $30 billion a year. And that doesn’t even include the skyrocketing insurance premiums that you all are facing in your businesses.”

The technology still needs a lot of work

While supporters of autonomous trucks insist that self-driving vehicles are safe, such “technology is still early on in development across the entire industry,” Jatt said. If autonomous cars are any indication, it's clear the technology is far from perfect. In recent years, numerous accidents have been caused by self-driving vehicles, according to CarInsurance.net, a consumer website.

And while some trucking officials might be enthusiastic about the benefits of autonomous commercial trucks, the technology still needs to be perfected to avoid causing truck accidents that result in severe injury or death.

“This isn’t going to be a flip of the switch, and next day the AV trucks are out on the road,” said Wiley Deck, VP of government affairs and public policy at Plus, a company developing autonomous commercial trucks. “It’s just not going to happen overnight. It’s years out before you start seeing vast quantities of autonomous trucks out on the road.”

Who’s responsible if an autonomous truck causes an accident?

Commercial truck accident claims can be some of the most complicated legal cases. Add in emerging technology, autonomous vehicles, and regulations that vary from state to state, and you have a recipe for an even more confusing truck injury claim. This is why it’s critical that you have an attorney who thoroughly understands the constantly-changing rules and regulations governing this emerging industry. Otherwise, you might not get the money you're entitled to.

At Pajcic & Pajcic, our Jacksonville truck accident attorneys can make sure your case receives the attention it deserves. We have devoted our careers to helping truck accident victims in Florida and across the country, and we know what it takes to build winning cases. This includes securing a historic $1 billion fatal truck accident verdict for a Florida family.

If you were injured or a loved one died in an accident with an 18-wheeler, make sure you fully understand your legal rights and options. Contact us today to schedule a free case evaluation with an experienced Florida truck accident lawyer. We’re located in Jacksonville and proudly serve injury victims nationwide.