Play by the Rules or be Forced to Pay 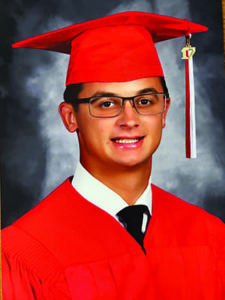 The negligence of two dangerous and distracted truck drivers caused the death of a college freshman who was returning home on a holiday weekend. Jurors in Nassau County made it clear they have had enough of trucking companies flouting the rules and wreaking havoc on the roadways.

It was Labor Day in 2017 when an AJD Business Services driver was looking at his cell phone and slammed into the back of a car being trailered by an RV. The car flipped and burst into flames, causing a massive backup on Interstate 95. With only one lane of traffic open, the highway was like a parking lot. 18-year-old Connor was one of hundreds of drivers stopped and waiting his turn to proceed. 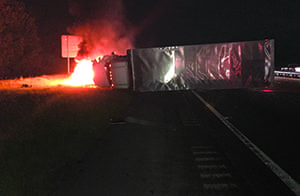 Flashing warning signs were turned on, alerting drivers to the slowdown ahead. But a Kahkashan Carrier driver paid no attention, traveling on cruise control at 70 miles an hour when he slammed into 20 stopped cars. Sadly, Connor’s vehicle took the brunt of the force, crushing his sedan into a crumpled heap of metal.

Connor’s mother was waiting for him to return home and when she couldn’t reach him, she checked an app that was 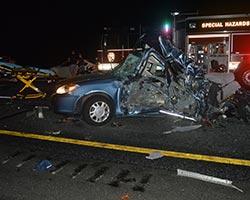 able to find his location. She went to the scene, going from car to car trying to find her son. She found his body under a sheet on the side of the road, a moment that will haunt her forever.

Pajcic & Pajcic was hired and immediately got to work to find out how this could happen. The Pajcic team determined the first trucker did not even have a commercial driver’s license. He was hired without a proper background check and AJD kept putting him behind the wheel despite a horrendous driving record, including a similar accident just months before Connor was killed. The company also paid cash under the table and encouraged its driver to skip weigh stations and drive over hours. Pajcic investigators also obtained the black box of the Kahkashan trucker, and it revealed that the first time he ever hit his brakes was just one second before impact, clearly showing he did not have his eyes on the road. He was on the 25th hour of a road trip from Quebec heading to South Florida and it was 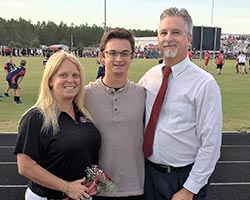 determined he could not read the warning signs.

After a week of dramatic testimony, the jury returned a verdict totaling just over $1 Billion — $100 million in compensatory damages and $900 million in punitive damages.

Connor’s mother said she will be forever grateful for the lengths the Pajcic team went to in order to get justice for her son, though she adds no amount of money will ever give her what she wants the most: to be able to hug Connor one more time.