Imagine the panic of driving on a bridge and suddenly you are facing another car head-on. This has happened three times in Jacksonville in less than a week, leading to fatalities in all three crashes.A Florida Highway Patrol spokesperson told The Florida Times-Union investigators are still not exactly sure where the drivers took the wrong turn with regards to both crashes that occurred within days of each other on the Hart Bridge. While there are some ramps marked with "Do Not Enter" and "Wrong Way" signs, there are others with no signage. 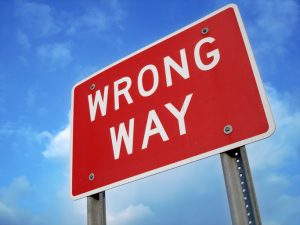 There was also a fatality on the Wonderwood Bridge. Police say a sedan was going east in the westbound lanes and hit a car that was going the proper direction.

Problems with signage can contribute to wrong-way driving risks

The Florida Department of Transportation is in the midst of a $1.3 million project to update signs on roads throughout Duval County where there could be some confusion. This project is expected to be completed around the first of the year.

According to a report on News4Jax, the television station identified areas with potential problems where an exit ramp could be mistaken for an on-ramp. The station brought it to the attention of the FDOT.

Transportation safety expert Greg Driskell of the American Traffic Safety Services Association told News4Jax that Florida, California and Texas have the most wrong-way accidents in the country. Driskell blamed impaired drivers for causing most of these crashes. He said impairment can even mean being tired after work or a day at a theme park.

According to the Federal Highway Safety Administration, 300 to 400 people are killed in wrong-way driving crashes each year in the United States. This is just one percent of the total number of traffic fatalities, but because these head-on collisions are usually at high speeds, they tend to be more catastrophic.

There were fiery explosions in two of the three head-on crashes in Jacksonville this past week.

The Law Firm of Pajcic & Pajcic has handled these types of cases for the past 40 years, including a $1.9 million recovery for a man who sustained severe leg injuries when a teenager crossed the center line and hit his van head-on. See our website for more information on head-on collisions.