Home » Our Public Service » Raymond Reid: One of our partners, celebrating his tenth year with Pajcic & Pajcic

Raymond Reid: One of our partners, celebrating his tenth year with Pajcic & Pajcic 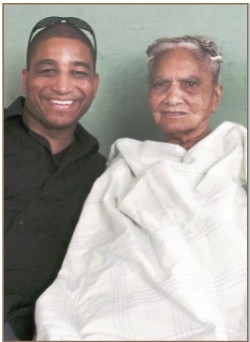 Ray Reid, one of our partners, celebrating his tenth year with Pajcic & Pajcic, is taking advantage of some downtime in December to take a quick trip to visit his grandmother in Haiti. She is in her nineties and still lives there having survived several dictators and natural disasters.  Ray has helped found an organization for the advancement of Haitians at home and abroad, and The Law Firm of Pajcic & Pajcic recently donated $25,000 to assist in the effort. Ray is fluent in three languages which comes in handy at times for cases in the firm, especially those involving Haitians since so few Americans can speak Creole. Ray's talents span from piano to karate and everything in between including technology. In fact, Ray lectures nationally teaching other lawyers how to incorporate technology into their law practice. Ray shares his quieter moments with his wife Jennifer, who by the way outranks him in martial arts having earned at least two third degree black belts.