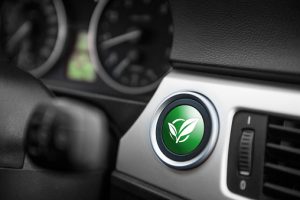 More Floridians are out walking and riding bikes than ever before, but there could be a silent danger lurking that we must be aware of.

In the past, pedestrians and bikers could hear vehicles approaching, but with more quiet hybrid cars on the road, they may not always know if a vehicle is nearby.

Now the Department of Transportation has finalized their new rules aimed at protecting pedestrians. A key component is the requirement that electric vehicles play sounds when traveling below 18.6 mph, but the DOT will allow companies to forgo a sound at higher speeds. Enough sound is created by the tires and wind when traveling at higher speeds.

These regulations were first introduced in 2010 but faced multiple delays, so they have only been finalized recently. Companies will need to have 50 percent of their vehicles emit sound by 2019, with full compliance required by 2020. With full implementation, it is expected that there will be 530,000 vehicles able to produce artificial engine sounds. It is estimated 2,400 injuries will be prevented.

The popularity of electric cars has increased in recent years. This creates an issue for pedestrians who are accustomed to the sound of engines alerting them. Combustion engines have been the norm for over a century and the quiet nature of electric vehicles can catch pedestrians off guard.

The lack of audio feedback to the driver presents another issue to both pedestrians and other drivers. In traditional vehicles, the driver can gauge how fast they are going by the sound of the engine. A driver may not realize how fast they are going until they look down at the speedometer or are pulled over when riding in silence. However, some car companies have taken the initiative to create custom sounds for their vehicles.

Audi, BMW, and other manufacturers have been working on their audio feedback for a few years at this point. Mercedes enlisted audio experts, such as Linkin Park, to create their sounds. Because the rules don't regulate the types of alert sounds the cars will play, companies will be able to develop multiple option that can be chosen by the driver or to give each model its own sense of personality.

It is expected the new standard will cost companies an additional $40 million annually, but will save $250 million to $320 million in injury costs. Electric vehicles are becoming more popular in the Sunshine State as more charging stations are added. This creates an extra need for safety to reduce the risk of pedestrian injuries. Jacksonville regularly ranks among the most dangerous cities in the country for pedestrians, right up there with other Florida cities such as Orlando, Tampa and Miami. If you were injured by a motorist, don't hesitate to contact our office today. The Pajcic firm has handled numerous cases involving cyclists and pedestrians hit by cars. Here is a link to a recent verdict in one such case.