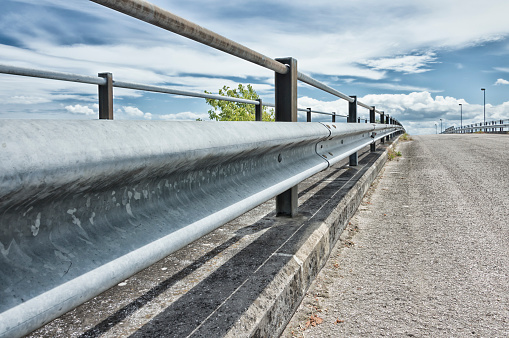 A tragedy that occurred in 2016 in Tennessee has prompted the Florida Department of Transportation (FDOT) to replace all Lindsay X-Lite guardrails across the Sunshine State.

According to News4JAX, a 17-year-old girl was killed in a crash in Tennessee after her car collided with the terminal end of an X-Lite guardrail. The terminal ends are designed to collapse or telescope when struck by a car. The X-Lite terminal ends, however, failed to do so and pierced through the car.

Lindsay Transportation Solutions, of Rio Vista, California, makes Lindsay X-Lite guardrails. They told News4JAX that the state of Florida has had no negative experiences with the guardrails. The company said the guardrail "has performed consistently" on U.S. roads and highways in Federal Highway Administration evaluations.

A spokesperson said FDOT determined that the Lindsay Corp.'s response failed to address the state's questions and concerns. Despite the X-Lite guardrails performing as expected in Florida, the state removed them "out of an abundance of concern," the spokesman told News4JAX.

On a federal level, crash victims' families asked that the Federal Highway Administration rescind X-Lite's eligibility letter. These letters are a kind of qualifying process that the federal agency provides. It is a service to state departments of transportation. They are for companies to install these roadside safety devices based on accredited laboratory crash test results.

The federal agency issued a 2017 memo. The memo said it had found that "in considering 200 plus crashes, the ratio of fatality + serious injury per total crashes does not lead to any conclusions that the Lindsay X-Lite is unsafe."

What are my legal options if I was hurt in a crash due to a defective guardrail?

If you were hurt in a crash involving a faulty guardrail, you may be eligible to pursue a car accident claim. The attorneys at Florida law firm Pajcic & Pajcic have more than 40 years of experience helping injured motorists receive adequate medical care and obtain compensation for their medical bill, lost wages, pain, and suffering. Our case results prove it.

Contact us online today to schedule your free case evaluation or call our Jacksonville office at (904) 358-8881 .