Home » Blog » Alcohol Use a Danger on the Water

Alcohol Use a Danger on the Water 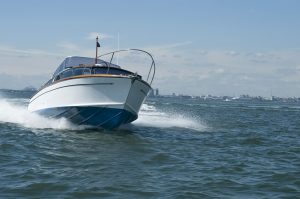 A high-profile lawsuit is a sad reminder of the pain and loss that can occur when alcohol and boating mix.

The parents of two men who lost their lives in a boating accident with Miami Marlins pitcher Jose Fernandez are suing the late player's estate. All 3 men were killed when the pitcher's boat crashed onto the rocks off Miami Beach last September. It was not clear who was driving the boat at the time of the crash. But Fernandez was found to have been legally drunk and had cocaine in his system. The other men had also been drinking.

Thousands of people love to go boating in and around Jacksonville. Whether it's on one of the many lakes and rivers in the area, or out on the ocean, boaters can engage in their hobby year-round. When they follow regulations and remain alert, people can stay safe and enjoy the sunny weather, the open water and the company of friends and family. But add alcohol, and accidents can happen that leave people injured or killed.

A minority of intoxicated boaters cause significant injuries

There are nearly 900,000 boats registered in the state of Florida, and most boaters are responsible when they go out on the water. But some have a few drinks when they take the boat out, and that's where trouble can happen. Alcohol slows reaction time and affects judgment. They may take risks they normally wouldn't. Or they may not be able to react in time to avoid a collision.

As a result, these drunk boaters may crash into another boat, or hit a swimmer. They may hit a dock or other hazard and injure themselves or their passengers. Nationwide, alcohol was the cause of 260 boating accidents, 91 deaths and 228 injuries in 2015.

Operation Dry Water, a partnership between the National Association of State Boating Law Administrators (NASBLA) and the U.S. Coast Guard, conducts awareness campaigns throughout the year to reduce the number of alcohol- and drug-related accidents and fatalities on the water.

During one weekend each summer, their efforts turn to working with participating agencies on enforcement. In Florida, agencies including the Florida Fish and Wildlife Conservation Commission and the U.S. Coast Guard look out for and arrest boaters who are under the influence.

But despite the regulations, arrests and awareness campaigns, some boaters still choose to drink irresponsibly. In 2015, there were 326 citations issued in the state for boating under the influence.

For the violators, the penalties can range from a $500 fine to a short prison term. But the people they hurt suffer worse punishment. It may take them weeks, months or even years to recover from their injuries. Some injuries may be permanent. In addition, they may lose income because they are unable to return to work. And families who lost a loved one in a BUI accident are left grieving.