What are transportation officials doing to address speed-related crashes? 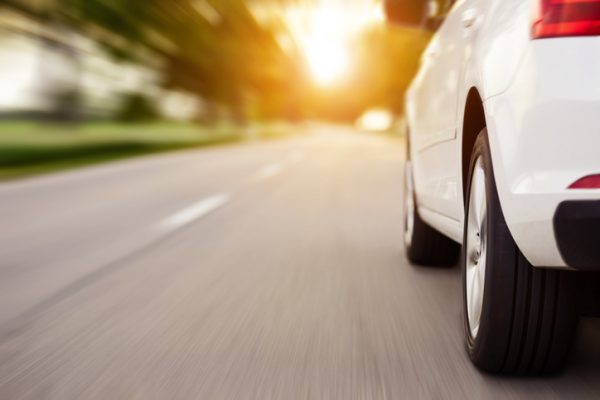 According to the National Highway Traffic Safety Administration (NHTSA), more than 9,300 people were killed in speed-related crashes across the United States.

In order to bring these numbers down, the Insurance Institute for Highway Safety (IIHS) and Governors Highway Safety Association (GHSA) have teamed up in support of a new speed-management pilot program instituted by the National Road Safety Foundation (NRSF).

An opportunity for states to take action

The program will allow state agencies to compete for a grant by proposing interdisciplinary, community-based measures to reduce speed-related crashes. The areas of focus will include engineering, high-visibility enforcement, communications, advocacy, and policy.

GHSA Executive Director Jonathan Adkins elaborates on the purpose of this program:

"We will be taking different approaches like engineering, enforcement, and community engagement and breaking them out of their silos to more effectively target speeding and ultimately change the prevalent culture around this dangerous driving behavior."

Experts from IIHS seeks to integrate this program into a model that may serve as a national template.

Safety advocated, researchers, and transportation officials from state, local, and federal agencies have acknowledged the challenges associated with implementing a speed safety program. These include:

The IIHS has also urged the NHTSA to expand their methods for addressing speed-related crashes beyond mere education.

Simply educating drivers on the dangers of speeding is ineffective when it comes to reducing speed-related crashes. IIHS vice president Jessica Cicchino cites evidence showing that educational programs aimed at preventing drunk driving haven't worked. Neither have those encouraging seat-belt use.

"Speeding has been a major factor in more than a quarter of traffic fatalities for over 30 years, so it is important that NHTSA focus on countermeasures that are likely to succeed, rather than further investigating ones that have already proved ineffective," Cicchino said.

Drivers already know that speeding is dangerous. In a 2018 survey conducted by the AAA Foundation for Traffic Safety, about two-thirds of respondents said that traveling at a speed 15 mph greater than the posted speed limit is extremely dangerous. Nearly half, however, admitted to doing so within the past 30 days of being surveyed.

Simply educating drivers on the dangers of speeding isn't enough. Safety advocates are urging carmakers to start implementing speed adaptation technology, too. This technology can either sound an alert to a speeding driver or automatically slow the vehicle down.

Speeding will continue to be a leading cause of serious and fatal crashes throughout the state of Florida. In 2018, more than 3,000 people lost their lives on Florida roads, more than 300 in accidents caused by speeding.

For some Florida drivers, speeding is just part of the daily commute. Some may go under the radar of law enforcement long enough not to get caught and ticketed. Others may know that speeding is dangerous, but are still confident in their ability to do it safely.

That's why the Florida car accident attorneys at Pajcic & Pajcic are dedicated to holding speeding drivers accountable when their actions result in someone else's injury or death. We have a history of successfully advocating for injured motorists - such as a $1.5 million recovery for a motorist who was struck by a truck driver traveling 15 mph over the speed limit in a construction zone.

If you were hurt in a crash with a speeding driver, contact our Jacksonville law firm to explore the legal options available to you.