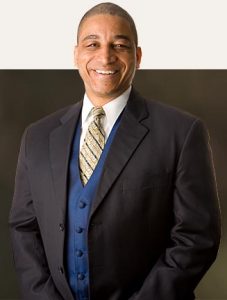 At only 16 years old, Raymond started college 800 miles away from home. He is well-traveled and speaks French and Creole. He has also been Pajcic & Pajcic's resident technology and computer guru.

After law school, Raymond came to Jacksonville where he began his legal career as an assistant state attorney. Unlike ordinary prosecutors assigned to a single division, Raymond quickly earned the distinction of being the first assigned to simultaneously handle two county-court divisions, putting him continuously in the courtroom daily while successfully managing a caseload in excess of 500 cases. Raymond was later promoted to the felony division where he also served as the ROC Juvenile attorney for his division.

Next, Raymond transitioned to civil law as an assistant general counsel for the City of Jacksonville. There, he was initially assigned to its Tort Litigation Department where he defended the City, its independent agencies and constitutional officers in tort litigation matters ranging from trip/falls to wrongful death cases. He also handled administrative matters (employee discipline) before the Civil Service and Sheriff's Review Boards in addition to fee payment cases. Raymond then rotated to the Governmental Operations Department where he prepared contracts and legislation, counseled various clients (including, but not limited to constitutional officers such as the Supervisor of Elections, to independent agencies such as the Duval County School Board to various city departments such as the Procurement and Supply Division) on the law relating to their endeavors and challenges. Raymond also served as the general counsel designee for both the City's Professional Services Evaluation Committee and its General Awards Committee which were responsible for evaluating/ranking/awarding city contracts.  Raymond also served on the Better Jacksonville Plan ($2.2 Billion) Legal Team and the office's Technology Committee.

Raymond then joined Pajcic & Pajcic, where he has been lead counsel in countless cases and involved in two of the firm's highest jury verdicts. Raymond's success includes seven and eight-figure verdicts and settlements. As early as 2005, Raymond became AV-rated, a designation reserved for an attorney recognized (by peers and the judiciary) for the highest levels of skill and integrity. In 2009, Raymond was named as a Super Lawyer Rising Star.  Raymond is one of few Jacksonville attorneys to earn U.S. News & World Report's annual "Best Lawyer" designation for 2015 in plaintiff's personal injury practice and he has earned that distinction again in the following years. Raymond has been inducted into the American Board of Trial Advocates (ABOTA), an invitation-only organization recognizing an attorney for high personal character and honorable reputation. He has also been inducted into the International Society of Barristers, an invitation-only group reserved for the best attorneys throughout the world. Overall, in addition to straightforward cases, Raymond's experience includes complex multi-party litigation, lengthy product liability and medical malpractice trials, some lasting four to six weeks at a time. Raymond shares his knowledge and experience by lecturing locally, statewide and nationally for meetings of groups such as the Florida Bar, AIEG, ATLA, the FJA and JJA to name a few.

Raymond has served on the Ethics Commission for the City of Jacksonville; Co-chaired the JCCI study analyzing Jacksonville's Homicide epidemic; and served on the Mayor's Pension Transition Team.  Raymond is a co-founder and the current president of the Haitian-American Professional Association of Northeast Florida, a nonprofit organization.  Raymond is a board member of the Fraternal Order of Police Foundation.  Raymond holds a first-degree black belt and is a former instructor and member of the Cuong Nhu Oriental Martial Arts Association, also a nonprofit organization.  Raymond has also coached winning mock trial teams and competitors at Florida Coastal School of Law and is often asked to speak as a guest lecturer.