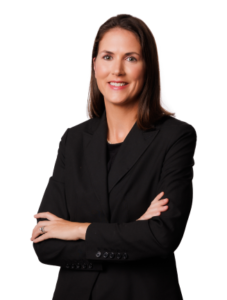 Meredith joined The Law Firm of Pajcic & Pajcic in 2022 with a wealth of experience as an appellate attorney. She has handled complex appellate and dispositive motion briefing in state and federal courts, including the Florida District Courts of Appeals, the United States Court of Appeals for the Eleventh Circuit, and the Supreme Court of the United States.

Meredith earned her undergraduate degree from The University of Virginia where she earned the Walter B. Salley Accounting Scholarship. She was also a member of the UVA equestrian team and represented UVA at the National Riding Championships every year of her college career.

Meredith and her husband Trevor enjoy hiking in the mountains of North Carolina and spending time with their three young children.