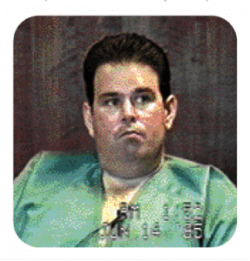 Jane Doe and John Roe were engaged to be married and planning to move to Florida. On their way to Tampa, they checked in at the Airport Days Inn in Jacksonville. When they could not get their room door to lock, John went back to the front desk to get another room. As soon as John was out of sight, one Patrick Witcher shoved the door open and pointed a .357 Magnum at Ms. Doe. When John returned, Witcher bound and gagged both of them and stole their cash, jewelry and identification.

Discovery revealed that the motel had failed three recent quality assurance inspections because of poor maintenance. At trial, Pajcic & Pajcic presented the video deposition of Witcher taken in prison, in which he testified that he targeted Days Inn because of their poor security. Pajcic & Pajcic's investigation disclosed that Witcher had robbed guests on two occasions at a Days Inn in Gainesville several weeks earlier. Witcher admitted to having committed 80 to 100 robberies of hotel guests throughout the Southeast.

The jury returned a verdict of $239,000, almost double the $125,000 for which the couple had offered to settle. Days Inn appealed, but in January of 1998, the First District Court of Appeals affirmed.

Unfortunately, because of the emotional strain from the incident, Jane and John were never able to realize their plans for marriage and a Florida home. The recovery has provided some financial assistance, but more importantly has allowed them some closure with a sense of justice done.