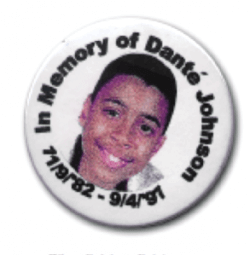 A local teenager's death has led to a Florida Supreme Court decision holding that a utility company can be liable for failing to keep a streetlight operating.

Dante Johnson was a14 year old, talented artist at Forrest High School with a near genius IQ when he was struck and killed by a Lance cracker truck while walking to his school bus stop one morning before dawn.

The road had no sidewalk, and, according to neighbors, the streetlight where Dante was hit had been burned out for years. When Pajcic & Pajcic sued the truck driver, he claimed he could not see Dante because Clay Electric Cooperative had not fixed the streetlight.

Convinced by the defendant that old legal precedents precluded such a claim against a utility company, the trial judge granted Clay's motion to dismiss. After the First District Court of Appeals reversed, the Florida Supreme Court took conflict jurisdiction to decide whether a utility company has a legally recognized duty to maintain streetlights. In an opinion by Justice Shaw the Court held:

The answer to the issue posed in the present cases lies not in the judicial obstruction of the plaintiffs' claims, but in the sedulous, evenhanded application of established principles of tort law. Reasonable care is not a standard that is beyond Clay Electric's reach.

In addition to clarifying the safety responsibility of utility companies, Dante's death and the lawsuit have led to other safety improvements. Students walking to his old bus stop now have more lights and a new sidewalk.