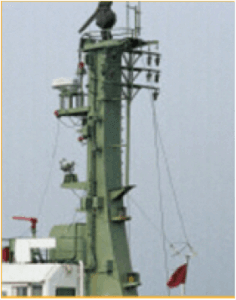 He did not wear an eyepatch, but John Doe was a deckhand who had lost sight in one eye from a gunshot wound suffered in his first year in maritime school. Neither that injury, nor testicular cancer two years later, kept John from realizing his childhood dream of becoming a licensed officer in the United States Merchant Marines.

John had worked steadily in the tugboat industry for 15 years. After eight years John chose a home port and married Jane Doe and they had twin boys who already had their own dreams of the high seas.

All these dreams came crashing to an end on February 27, 2002. John was aloft, leaning back in his safety belt, repairing an anchor light on the top of the mast, when the lanyard securing the safety belt to the mast ripped in half. John plummeted and ricocheted 40 feet to the deck below.

John suffered multiple injuries to his back, arm, knees and chest, along with neurological and neuropsychological complications. He will need lifetime medical care and can never work as a seaman again. Pajcic & Pajcic's investigation revealed egregious liability on the part of John's employer. The safety belt was not only twice the age of the manufacturer-prescribed useful life, it was also in violation of OSHA, which four years earlier had required all safety belts to be replaced by safety harnesses. 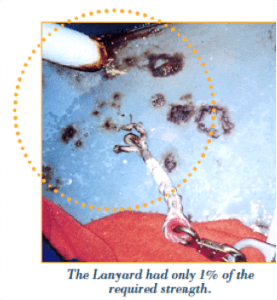 The company never inspected the belt and stored it in a locker with sharp edges and chemical solvents, which could cause abrasion and degradation. In fact, the tear itself proved that the belt
had only one percent of the required strength.

Expert analysis showed the degradation would not be apparent to John's untrained eye. Depositions of crew members proved John's version of the accident and absolved him of any responsibility.

Faced with this overwhelming evidence and the natural sympathy evoked by Jane's loving care for John and the twins' adulation of him, the defendant settled for $2,600,000 at mediation.

Even though John cannot go to sea anymore, the settlement not only gives the family financial security, but also allows him to stay at home with the twins and keep their new home truly ship-shape for Jane, who works as a financial analyst for Merrill Lynch.