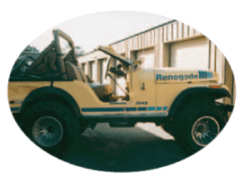 John Doe and two of his friends in the Fernandina Beach High School Band were on their way to a Pirate's football game when Stella Sloan pulled out in front of their open-top Jeep. When John's friend swerved to avoid the Sloan car, the jeep rolled over and John was thrown from the car. With his mother keeping constant vigil, John made it through a couple of life-threatening months at University Medical Center and St. Luke's Hospital.

After losing their summary judgment motion on a coverage dispute, State Farm tendered their full $2.2 million in liability and underinsured motorist coverage. Pajcic & Pajcic then focused their attack on Chrysler and the dangerous roll-over tendencies of the 1979 CJ-5 Jeep vehicle.

Pajcic & Pajcic assembled a national team of experts in accident reconstruction, kinematics, statistics and biomechanics. They also obtained damaging internal documents from Chrysler which showed the CJ-5 to be one of the most dangerous of the utility vehicles with a death rate greater than that of a motorcycle. Pajcic & Pajcic was even prepared to show that if John had been in the CJ-5's replacement, the Jeep Wrangler, he would still be surfing today. Between mediation and trial, the crashworthiness case was finally settled for a confidential sum.

John is completing his education at the University of North Florida and has become a championship contender in wheelchair races in the state.