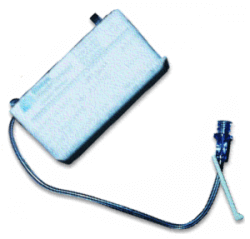 Catherine Doe's senseless death is a prime example of why the public is outraged at HMO medical care. Less than one hour after outpatient hemorrhoid surgery, Catherine was sent home hooked up to a complex and dangerous morphine pump. The pump had been incorrectly programmed by an unqualified and untrained traveling nurse. Catherine died at home that night from a morphine overdose. Five different defendants - the HMO, the nursing service, the pump manufacturer, the surgeon and the surgical center - all contributed to the multi-million-dollar settlement which was finalized just prior to the swearing of the jury.

The HMO contract provided for cheap services from everyone. The surgery was done at an outpatient center instead of a hospital. Still, the HMO paid only 14 percent of the center's standard charges and 40 percent of the surgeon's bill. The pump and nurse were furnished by a company which had a flat per capita contract with the HMO. Not surprisingly, the pump was two years older than its stated useful life and the nurse had no training on the pump and had only used it "maybe" once before.

While all defendants shared responsibility, the nurse's negligence was the most egregious. Although she denied it, Pajcic & Pajcic's expert testimony proved that she had misprogrammed the pump by one decimal place. As a result, Catherine received ten times the prescribed morphine dose.

The nurse compounded her negligence when the family called her because of Catherine's nausea and vomiting. The nurse came to Catherine's home and reprogrammed the pump to its proper setting. But she did not call the doctor, nor even check Catherine's vital signs. Instead of giving Catherine an antidote to the morphine, the nurse gave her a shot for nausea which both masked and compounded the effects of the morphine.

When the nurse left, the family was relieved because Catherine drifted off to sleep. They never suspected any more problems until early the next morning when Catherine's seven-year-old son
found her lifeless and cold. 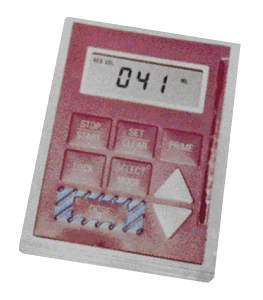 While the nursing service took primary responsibility for this tragedy, the surgeon also played a major role. He prescribed the morphine pump for immediate home use even though the PDR (Physician's Desk Reference) clearly proscribes such use.

Moreover, the surgeon did not double-check the traveling nurse's programming. In fact, the surgeon had no idea how the machine even operated.

Perhaps the most damaging evidence against the surgeon was that the defense could find no other doctor in the United States who was prescribing a morphine pump for home use after hemorrhoid surgery. Most tragically, Pajcic & Pajcic's surgical expert condemned the surgery as unnecessary to begin with. The surgeon had operated before attempting more conservative and conventional therapy and, when he operated, he did not even find a hemorrhoid.

The pump manufacturer also paid a substantial settlement. This brand of pump had already been involved in 14 deaths from accidental drug overdose. The pump is confusingly complex. It requires sixteen separate steps to program and the programmer must remember the previous setting each time. The design of the pump also permits accidental free flow of morphine when set up as it was for Catherine. The pump was obviously too complex to be used in a home setting and to be programmed by an untrained traveling nurse. An important part of the settlement was the surgeon's agreement never to prescribe such use ever again.