All because some company employees did not want to be cold 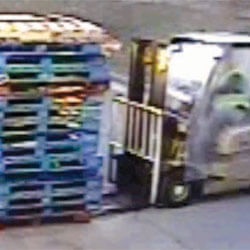 John Doe was just doing his job one day, delivering products to a world-renowned retail store in Atlanta, when suddenly he was hit by a forklift and pinned to his own vehicle. His legs were shattered and doctors had to consider the possibility of a double amputation.

With a big name, big money company to sue, many law firms would have taken the easy road and accepted a quick settlement. The Pajcics were not willing to give in so quickly. A thorough investigation revealed a long list of critical company violations that added to the value of the case.

The forklift driver never should have been allowed to operate the machinery in the first place.  The driver was blind in one eye and eventually disclosed that his wife helped him pass his driving test because of his inability to read. In addition, the driver's view was obstructed because he overloaded the forklift with pallets to speed up the process. The driver admitted that management wanted the job done fast. To make matters worse, he wrapped plastic sheeting around the vehicle to keep him warm, which further clouded his view.  The cold weather also kept his spotter inside, so no one was around to warn him of the impending danger.  He also violated another company rule requiring him to drive the forklift in reverse if his vision was blocked. If he had done that, he would have been able to see John and the beeper on the forklift would have sounded, giving John some warning.

All of these safety violations forced the company to do the right thing and fully compensate John for all he had been through.

Doctors were able to save his legs, but he spent more than a month hospitalized and in rehabilitation. After numerous surgeries, he still has plates, pins and other hardware holding the bones together. He can never work again, nor enjoy the simple pleasures of sitting on the floor to play with his grandchildren, traveling with his wife or just living pain-free. He is grateful to no longer have financial worries, but he would do anything to turn back the clock so that day would never have happened.