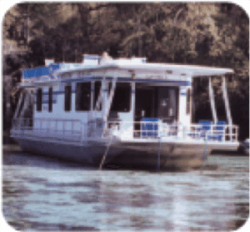 It was a sunny, peaceful afternoon at one of the most beautiful settings in Florida. Three couples were struggling to anchor their rented houseboat in the crystal clear, but shallow, water of Silver Glen Springs where they planned to spend an idyllic weekend.

No one saw John Doe go overboard, but fortunately a Good Samaritan, who had already anchored next to the houseboat, heard the splash and noticed him motionless in the water. John had hit his chin on the bottom and ended up with a Christopher Reeve-type injury.

It was the kind of accident that often leaves trial attorneys feeling frustrated and powerless. The accident report concluded John dove off the houseboat; there was no apparent problem with the houseboat; and the company that leased it had provided a safety and instructional video.

Yet John was not a brash teenager, but a safety-conscious Fire Marshall. Moreover, the railing around the bow of the boat was only 19 5/8 inches high. Even though this is typical for the industry, it does not meet boating industry standards, much less national safety standards. Indeed, the railing was less than knee height, which converts it from a safety barrier into a trip hazard. Furthermore, the company's instructional video shows a person retrieving the anchor by leaning over this bow railing. 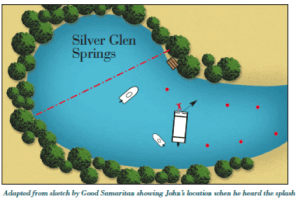 Although John remembered pulling on the anchor in just this manner at the time of his fall, the other people on the boat had differing recollections about where he was and what he was doing just before the accident. As is often the case, the key witness turned out to be the Good Samaritan, who, when ultimately found by Pajcic & Pajcic's investigator, was able to confirm John's position on the boat moments before the splash and his position in the water right after the splash.

After a total of three mediations, the case settled for small discounts off the policy limits of the insurance companies covering the lessor and the manufacturer.

As is always true in cases involving catastrophic injuries, the recoveries have made a telling difference in the lives of John and his wife Jane. John can now afford some of the expensive high-tech innovations which make it easier to communicate and move around. Jane now can afford help in attending to John's needs and no longer has to work full-time to meet the family budget. John and Jane are even contemplating retirement to a waterfront home with a dock where John hopes to teach Jane how to fish.