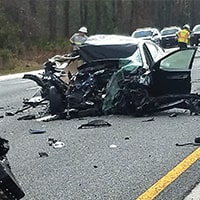 Jane Doe, a 27-year-old mother, lost her life when she rear-ended a tractor-trailer along a desolate, dark stretch of I-95 in St. Johns County just before dawn. She never reacted, swerved, or stepped on her brakes. The impact left her stranded in the middle lane in an unlit vehicle. Seconds later, another tractor-trailer, traveling below the speed limit, slammed into her. Jane left behind a beautiful, 5-year-old girl.

It became clear why Jane never saw the first truck. It had been traveling along the interstate at 37 mph on a flat tire. The truck driver’s supervisor told him not to fix 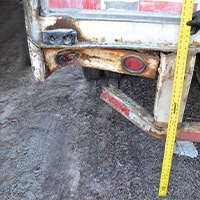 the tire, testifying that a blowout was “not that big of a deal as far as a safety concern.” Fixing the tire roadside was too costly.

Pajcic & Pajcic uncovered even more damning evidence against the first driver and company.  The driver had previously served a 15-year prison sentence for a high-speed chase, and at the scene of the crash, he refused to cooperate with law enforcement because, as he admitted during his deposition: “if they had found anything on me or in me or whatever, I would have been arrested.”

Once these facts emerged, the insurance company for that first truck paid its policy limits. But that was not enough for fair compensation.

Pajcic & Pajcic next demonstrated that the second driver was pushed beyond his limits and had violated multiple trucking rules. Records revealed that his company required him to wake up at 4:00 am on morning of the crash in order to drive two roundtrips from St. Johns County to Vidalia, Georgia. 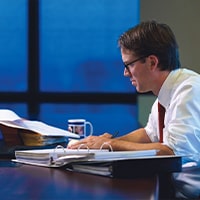 Pajcic & Pajcic’s expert reconstructionist made it obvious that the second trucker’s eyes were not on the road. He did not even brake or leave his lane of travel. And he would have avoided the crash if he had only swerved three feet. In contrast, multiple eyewitnesses on the road testified that they were able to see Jane’s disabled vehicle, react, and avoid a collision.

The significant seven figure settlements will provide Jane’s daughter a lifetime of financial security, and her close, loving family will maintain her memory and continue her tradition of frequent trips to Chuck E. Cheese.