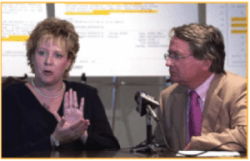 The insurance company for a doctor who was a leader in the walkout to force limits on patients' rights, paid its policy limits to settle a claim for inappropriate and contraindicated surgery by that doctor.

During the 2003 legislative session the doctor acted as a spokesman for a north Florida surgical group, which precipitated the Jacksonville surgical crisis when it stopped doing surgery to pressure the legislature to put a cap on malpractice damages. Jane Doe, a mother and former Merrill Lynch manager, wishes the doctor had been more reluctant about the gallbladder surgery he performed on her in August 1998.

On the day before the surgery Mrs. Doe had been rushed to the hospital with excruciating pain from pancreatitis, a known complication of a preliminary arthroscopic procedure performed that day. Despite Mrs. Doe's serious condition, the general surgeon proceeded with his scheduled surgery and fully opened Mrs. Doe's abdomen. 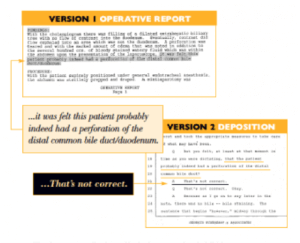 The surgery caused Mrs. Doe's pancreatitis to go completely out of control. Mrs. Doe ended up spending three and a half months in the hospital, much of the time in a coma, followed by months more at a rehabilitation hospital. For Mrs. Doe the worst thing about her coma and hospitalization was missing out on six months in the life of her newborn infant Chip, but she has also been left with residual effects of a brain injury, including drop foot and weakness in her left hand.

The doctor originally claimed he had to proceed with full-blown surgery in order to repair a bile duct tear causing fluid leakage. When the original radiology report made no mention of the tear, the doctor met with the radiologist who then amended his report to note the perforation. Yet, when a lawsuit was filed about the tear, the actual x-ray disappeared and the doctor testified under oath that his statement about the perforation in his operative report was not correct.

Faced with the evidence of inappropriate surgery compounded by a changed story and a missing medical record, the doctor's malpractice carrier decided to tender its policy limits.

Mrs. Doe is using the settlement to stay at home to make up for missed time with Chip and his new brother Charles, born during the pendency of the case. She is also happy to set the record straight about misleading complaints about so-called frivolous lawsuits.