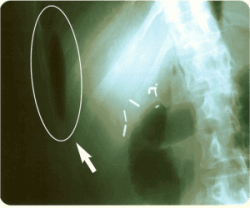 Jane Doe worked as a data processor in a Jacksonville skyscraper, but she lived in the backwoods of Glen St. Mary with her farmer/househusband and two young children. Jane was a cancer survivor. Radiation had eradicated all traces of her cervical cancer, but left her with damaged intestines which required repeated surgery to unblock them.

After the third operation in December 1994, the treating surgeon thought he had cured Jane's intestinal problems, but on Sunday afternoon, February 5, 1995, Jane had to be rushed to the emergency room. The surgeon who was on-call for the treating surgeon admitted Jane to the hospital, but deferred any surgical procedure. 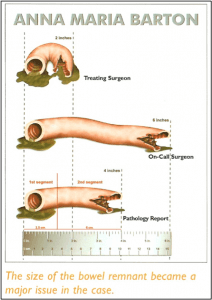 Pajcic & Pajcic first sued the treating surgeon for leaving the bowel remnant in Jane. After suit was filed it was discovered that, contrary to indications in the medical records and testimony, the x-ray showing free air had actually been taken Sunday afternoon. Pajcic & Pajcic then added the on-call surgeon as a defendant for failing to operate on a timely basis.

The jury agreed with Pajcic & Pajcic and found each doctor 50% at fault. Although the verdict of $658,000 was less than Pajcic & Pajcic asked for, it was more than the pretrial offers of the defendants. Pajcic & Pajcic settled on a confidential basis with one of the defendants while the jury was out and with the second defendant while its motions for costs and additur were pending. The recovery has made it possible for Jane's husband John and her two children to stay on the farm and has given John the freedom to continue to be the farmer and father he was before.