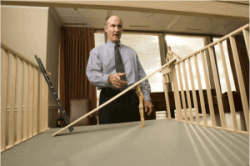 Four Mexican laborers were trying to lift a 780-pound beam into the rafters of a house when the beam fell onto Jorge and broke his neck. Because his co-workers were too scared to call 911, they put Jorge in their van and took him to the nearest emergency room.

The accident left Jorge a complete quadriplegic. He cannot walk, has no bowel or bladder function and only a little movement of his arms and hands.

When the hospital's charges exceeded half a million dollars, it decided to bill Medicaid and discharge Jorge, but he had nowhere to go and nothing to live on. Like so many immigrant workers, Jorge had been paid in cash off the books with no provisions for worker's compensation or social security. 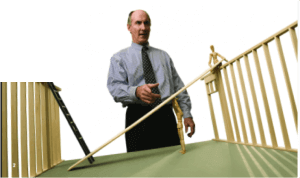 Pajcic & Pajcic found a rehabilitation hospital willing to accept Jorge on a letter of protection and filed suit against the homebuilder. It denied all responsibility and, incredibly, even though Jorge never received any benefits, claimed immunity from civil suit under Florida's workers compensation law
.
In denying the homebuilder's motion for summary judgment, the trial court accepted both of Pajcic & Pajcic's arguments against immunity. First, under Cuero v. Ryland Group, Inc., 849 So.2d 326 (Fla. 2d DCA 2003), the homebuilder was not a general contractor for someone else, but an owner and developer building houses for its own account. Second, under Byerly v. Citrus Publishing, Inc., 725 So.2d 1230 (Fla. 5th DCA 1999), since the homebuilder did not provide Jorge with worker's compensation benefits, it was stopped from claiming the immunity defense.

Two subcontractors paid their policy limits on demand, but the case against the homebuilder was not resolved until the third mediation when it was settled for a confidential amount to the mutual satisfaction of the parties. The settlements not only covered reimbursement of Medicaid, the rehabilitation hospital lien and other medical bills, but have also given Jorge financial security for life. He hopes to gain legal residency in the United States so that he can buy a home in Florida for his family.