A $6 million dollar settlement was reached on behalf of a Pajcic & Pajcic client after doctors failed to detect a blood clot on a brain scan. 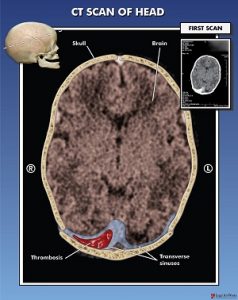 The clot was clearly visible on the first scan, but doctors did not diagnose it and no treatment was initiated.

By the time of the second scan, nearly two weeks later, it was already too late. By then, the patient had suffered catastrophic brain damage.

The injury was permanent and irreversible. While no amount of legal work could ever reverse the damage, the settlement enables the family to provide the best medical care possible and will hopefully prevent something similar from occurring to another patient.