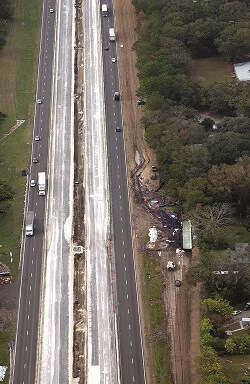 The crash report blamed the van that slammed into the back of Jane Doe's car in a big crash that shut down I-10 west of Jacksonville for hours. But the van only had $10,000 of insurance, and Jane ended up with months of hospitalization, multiple surgeries and the loss of her job as a social worker. To get justice and fair compensation for Jane, Pajcic & Pajcic had to show the critical role that unsafe road construction activities played in her accident.

Hubbard Construction contracted with the Department of Transportation for a road widening project on the highway. But Hubbard made no provisions for dump trucks to safely enter and exit the highway where the speed limit was 60 miles per hour.  The construction project was so poorly designed that trucks had to practically come to a complete stop before getting off the interstate. There were no flaggers or warning signs, no police cars or anything to let drivers on I-10 know of this pending danger-a violation of numerous DOT regulations. 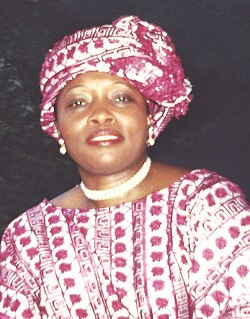 Jane could see the 50,000-pound GEC Trucking dump truck starting to slow ahead of her so she slowed down, but the van behind could not tell traffic was slowing and that driver slammed into her vehicle at a high rate of speed. That propelled her into the dump truck.

GEC truckers and former Hubbard Construction employees admitted they knew of the danger they were posing to the public and had actually discussed it.  Some even said openly they feared an accident was bound to happen. But workers for both companies failed to do anything about it until it was too late.

Jane is from Sierra Leone, and after the settlement, to show her appreciation for the good work of Pajcic & Pajcic, she treated the entire firm to a scrumptious meal showing off the cuisine of her homeland.  She is happy to have the recovery, but disappointed that she will never be able to return to the job she loved, protecting innocent children in our community.