It was a dark December evening and Cindy was attempting to turn her Jeep left onto State Road 200 from a stop sign.  Unbeknownst to Cindy, there was another Jeep traveling down State Road 200 at 45 mph that did not have a stop sign. 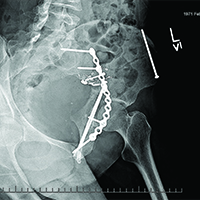 When Cindy entered the intersection, the other Jeep collided with the driver’s side of Cindy’s vehicle. Cindy sustained severe injuries requiring multiple surgeries and incurred over $200,000 in medical bills.

Pajcic & Pajcic represented Cindy and her passenger and offered to settle both cases with the total limits of insurance. The insurance company refused and hotly

contested liability at trial, blaming Cindy for the crash.  Fortunately, Pajcic & Pajcic had the Defendants’ headlights examined shortly after the crash, by an expert who proved that the other Jeep did not have its lights on. 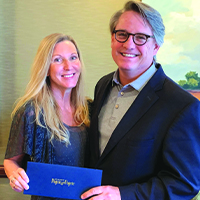 After hearing all the evidence, the jury concluded that the defendant driver was 80% at fault and Cindy was 20% at fault and returned a verdict of $3,500,000 for Cindy. The defendants appealed, asserting that the verdict should be reduced, but the appellate court affirmed the accuracy of the jury’s decision in full.  The insurance company ultimately paid settlements totaling more than 10 times its limits.

Although Cindy’s injuries ultimately cost her the career she loved, the economic security from the verdict has afforded her peace of mind. She still stays in frequent touch with the Pajcic staff and considers them members of her own family.