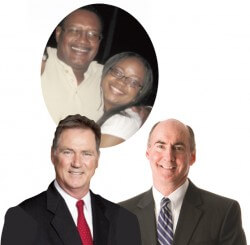 The employee was obviously drunk. His ETOH was .25. He was driving northbound in the southbound lanes of I-95. The question was whether his employer was liable because he had been drinking at the company's annual holiday party earlier that night.

The party had been held at the home of a company officer. All local employees were invited and the company paid for the alcohol, bartender and entertainment.

Nevertheless, the company moved for summary judgment arguing that the party was a social occasion not a business event. The guests included family and friends as well as employees. The drunk driver was not paid for his time, nor reimbursed for his mileage. 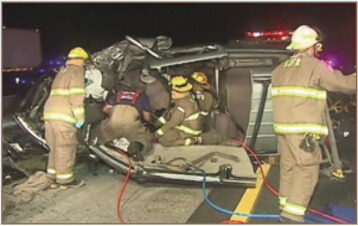 The case did not settle until less than a month before trial when the court denied the motion for summary judgment.

The Plaintiffs, John, Jane and Baby Doe were an attractive family traveling from Virginia to Florida for a holiday vacation. The father, John, was retired military with his own plumbing company. The mother, Jane, was a Head Start teacher and the daughter, Baby, a recent college graduate.

John recovered well from the accident, but Jane and Baby each had over $100,000 in past medical expenses and continuing problems from fractured extremities and neuropsychological injuries. The Doe's had retained the nationally prominent plaintiff's firm of Langdon & Emison who associated Pajcic & Pajcic as Florida counsel for the cases.