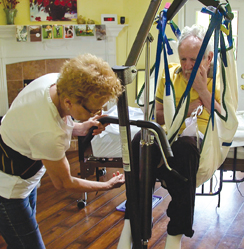 Mock trials are a standard part of trial preparation for Pajcic & Pajcic. Sometimes their results can be surprising - and so convincing that they make the real trial unnecessary.

John and Jane Doe were just teenagers when they met at a parade in upstate New York fell in love and married in 1962.  They had four loving children. After a lifetime of hard work and government service, they retired to Florida where they hoped to enjoy their golden years. But medical negligence turned their lives upside down in the summer of 2015.

John, experiencing the worst neck pain of his life, went to the emergency room.  Despite blood tests consistent with an infection, he was diagnosed with arthritis and sent home by the attending doctor.

Within 16 hours of being sent home, John lost all feeling from his chest down. He was rushed back to the hospital and surgery was performed. Upon cutting him open, doctors found a large infection in his cervical spine. Unfortunately for John, by the time of the surgery, the infection had grown so large that the damage done to his spinal cord was irreversible. He was left permanently paralyzed. His wife became his caregiver, bathing, lifting and feeding him.

The family called Pajcic & Pajcic about a bedsore that developed in a rehab facility. Pajcic and Pajcic's medical negligence team determined that John should not have become paralyzed in the first place. On the first visit, the hospital should have suspected an infection in his cervical spine and initiated prompt antibiotic therapy, which have stopped the growth of the infection and he would still be walking today.

The defense experts argued that the blood test results were non-specific and that, even if infection had been diagnosed earlier, the outcome would have been the same.

Just prior to trial, Pajcic & Pajcic conducted six mock trials, which returned surprisingly favorable results. Those were shared with the defense. Upon learning of the results, they agreed to pay $3.2 million, $700,000 more than Pajcic & Pajcic demanded two months earlier and almost $2 million more than the defense's previous "highest and best" offer. 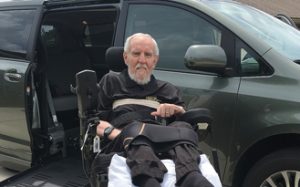 John and Jane were very happy to achieve a hard won settlement, knowing it will help with John's care. They were also able to use some of the settlement money to purchase a handicapped accessible van to make transportation much easier.