$2.1 Million Verdict for Child's Drowning Due to Inadequate Fencing at Pool 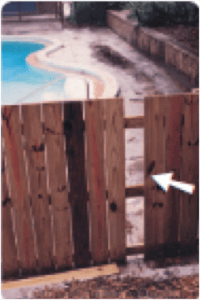 Drowning is the number one cause of death for children under the age of five in Florida. Jacksonville has even passed a municipal ordinance mandating secure fencing and gates around pools. Yet, the fence at Les Chateaux Condominium pool had iron fence poles that were too far apart, wooden slats that were broken or missing, and gates that would not automatically latch.

The Doe family had evacuated because of Hurricane Floyd. When they returned, Jane Doe and her children went to sleep while her husband John started taking the plywood off the windows. Somehow little Noah, aged 2 and a half, woke up and slipped out the crack left in the door by John's extension cord. When Jane awoke, it was too late. John found Noah floating in the condominium pool face down.

John and Jane Doe's profound grief was compounded by their own feelings of guilt. Yet, they could not let the condominium's illegal fencing go unpunished. 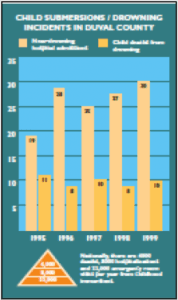 Although the defense obtained an affidavit from the city's pool inspector that the pool fencing law did not apply to apartments or condominiums, the trial judge rightly ignored the inspector's legal conclusions and, in fact, permitted the plaintiffs to seek punitive damages for the violation.

The defense strategy at trial was to blame the parents. Their key witness was a nationally renowned pathologist who testified that Noah had been in the pool for more than two hours before he was found.

One of the plaintiffs' experts was Dr. Lucian DeNicola, who had been a leading advocate of the Jacksonville ordinance. He testified about the special vulnerability of young children whose physical agility greatly exceeds their judgment. He cited statistics showing 85% of child drownings occur when adults are present. He emphasized that the purpose of safety fencing around pools is to protect young children from the inevitable lapses in parental supervision.

Before trial, the plaintiffs had offered to settle for $1 million, but the defense would only offer $650,000. The jury returned a verdict of $2,000,000 in compensatory damages and $100,000 in punitive damages and assigned 20% comparative negligence to each parent.

In post-trial motions Pajcic & Pajcic argued that under Florida law one parent's negligence cannot be charged against the other and the finding of punitive damages negates comparative negligence. The case settled for $1,550,000 before any ruling on the post-trial motions.

Since the trial, John and Jane have been sponsoring swimming lessons for underprivileged children, including providing swimsuits, lunch and transportation.