Over $11 Million for Driver Wrongly Charged with Accident 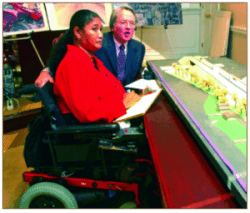 Eleven years after she was wrongly charged with an accident that left her face down, unconscious and barely breathing in the middle of I-95, Jane Doe and her attorneys have finally resolved the last of her accident claims, which have over the years totaled in excess of $11 million.

The crash report put all the blame on Jane, who could not dispute it since she was comatose for several weeks and never regained any memory of the crash. Pajcic & Pajcic could not believe that a 36-year-old mother of two, who was a medical professional with a perfect driving record, could be as reckless as the crash report suggested.

The legal battle to unravel the enigma of how and why this tragedy occurred involved eight different lawsuits, nine mediations, one jury trial and seven different settlements.

The earliest recoveries came from the two tractor trailers which had struck Jane's car. The manufacturer of Jane's car also agreed to a substantial settlement because the seat and seat belt system allowed Jane to be ejected through a back window.

The major recoveries came after a breakthrough when Pajcic & Pajcic met with a traffic homicide investigator who had assisted in the investigation of the accident. Buried in his field notes and not a part of the final accident report were ten additional witness statements, including one from an armored car driver with a suspicious denial of involvement:

Pajcic & Pajcic deposed the driver and got a recorded statement from his shotgun passenger before adding the armored car company to the suit. Their admissions provided compelling evidence that the whole accident sequence had actually been started when the armored car suddenly cut in front of Jane and caused her to swerve and lose control of her car.

Jane's case against the armored car and its driver evolved into bad faith cases against their insurance companies when they refused to pay their policy limits on a timely basis. The final bad faith case was tried last summer and resulted in a jury verdict against the insurance company. The case settled later, shortly after the hearing on attorney's fees. Pajcic & Pajcic then negotiated the final settlement with the manufacturer of the armored car for leaving a blind spot in the passenger's side view mirror.

Jane is building a large, handicapped accessible house and will have a lifetime of income, which will give her financial security and independence.