John Doe was pulling his boat on the way to visit his sons and grandchildren for a weekend of fishing. As a tractor-trailer came onto John's side of the two lane highway, John went completely off the road to avoid a head-on collision. It wasn't far enough. The tractor-trailer T-boned John right at his driver's door. John had to be life-flighted to the ER with multiple fractures and a loss of consciousness. 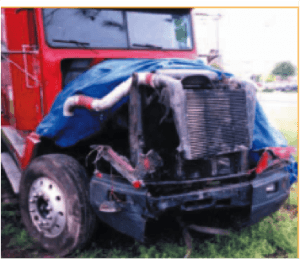 John's most serious injury was his pelvic fracture which ultimately necessitated hip replacement surgery. Despite restrictions on his mobility because of the accident, John was such a good worker that his employer testified that he was willing to make whatever modifications necessary to get John back to work. Based on this testimony the insurance company repeatedly insisted it would not pay the plaintiff's $1 million offer of judgment. John's good character ultimately prevailed, however, and the defendant paid the $1 million just a few days before trial.