Over $1 Million for Death after Bus Hits Manlift 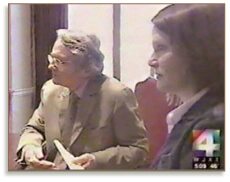 John Doe was standing on the lift platform above his work truck repairing the traffic light in the middle of the intersection. The bus plowed over the warning cone and hit the lift truck at 37 mph. The impact catapulted John off the lift to his death below.

In Jacksonville an independent governmental entity, the Jacksonville Transportation Authority, owns and operates the bus system. The JTA fired the bus driver for gross negligence, but then offered only the $200,000 statutory limit on governmental liability for a presuit settlement. 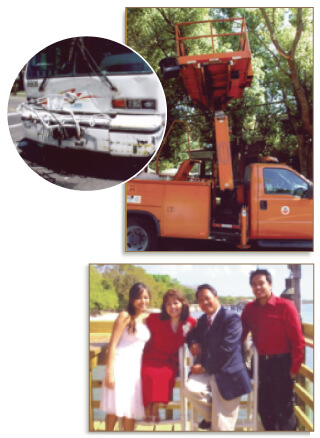 In an earlier, still pending case involving Jane Roe, another client struck by a bus, Pajcic & Pajcic had discovered that JTA does not directly employ bus drivers, but does it through a private, shell corporation it controls, Jacksonville Transportation Management, Inc. The JTA set up JTM at the time it purchased the bus company so that bus drivers could be private employees and retain the right to strike and a separate pension fund.

In both Jane's and John's cases, Pajcic & Pajcic sued not only the JTA, but also JTM and the bus driver. In John's case, the parties reached a settlement at an early mediation for $1,250,000, with the amount above $200,000 to be paid after the enactment of a claims bill. The Legislature approved the claims bill and Governor Scott signed it this year. After the passage of the claims bill, Pajcic & Pajcic also settled the products liability case arising out of the accident.

John and his wife, Jane Doe, had met and married in their native Philippines before the Navy brought them to the U.S. The settlement provides Jane and their two children with welcome financial relief.

As for Jane Roe, she still awaits justice. The Florida Supreme Court recently heard oral argument on the important, but complicated procedural and substantive issues raised by her case.