$1.9 Million Verdict in Separate Cases on the Same Day 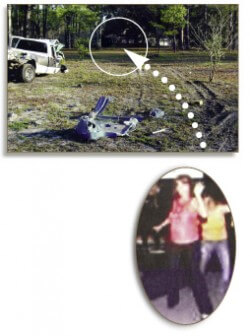 Jane Doe worked the breakfast and lunch shift at The Waffle House on Jacksonville's Westside. To get to and from work Jane drove her boyfriend's pickup east on Commonwealth Avenue. About half way to work she would cross over Bull's Bay Road. Both roads are well travelled for what is still a rural neighborhood, but Commonwealth has the stop sign.

Jane was in intensive care for weeks with multiple fractures and a brain injury. She could not remember anything about the crash. The accident report put all of the blame on her.

Pajcic & Pajcic decided the dump truck had to be speeding through the fog and, thus, shared responsibility for Jane's devastating injuries. Discovery revealed that the dump truck driver had previously wrecked a school bus full of children and that the truck was overweight for the bridge over Six Mile Creek just north of the intersection. The trial court allowed a negligent hiring claim, but decided neither the details of the prior wreck nor the bridge's weight limits was admissible.

Jane tried to return to work, but could not hold a job and had to move in with her parents. Defendants had extensive surveillance showing Jane's social life after the wreck, including video of her dancing at a biker bar and a photograph of her holding a beer in one hand while giving the finger with the other. The court decided that was admissible.

At mediation the defendants offered nothing and their attorney guaranteed a zero verdict 10 times out of 10. At trial the jury put 1/3 of the fault on the dump truck driver and awarded $1,900,000 in damages. The judgment has been paid, but still pending is plaintiff's motion for costs and attorney's fees pursuant to a proposal for settlement. The fees and costs should be almost as much as the underlying judgment.

The verdict has given Jane some financial security and independence, but, just as importantly, personal vindication following the attack on her character.