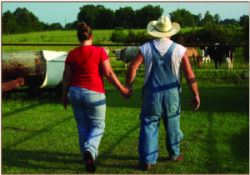 The big truck ran the red light and T-boned the police car in downtown Starke. Officer John Doe was taken to Shands by rescue, but his only injury appeared to be a shoulder separation.

Officer Doe immediately returned to work, but over the next several years his physical and mental condition deteriorated dramatically. John's physical pain eventually led to a cervical fusion, while his depression and post traumatic stress disorder resulted in several hospitalizations. After three years of continuing problems, John's treating psychiatrist finally decided John would never again be able to work in law enforcement.

The trucking company ultimately accepted liability, but defended aggressively on medical causation and damages. The defense claimed that John was fired not because of his injuries but because of threats he made against his fellow officers. He also had been involved in three other accidents, including a subsequent accident where John chased down a suspect on foot after crashing into him. The defense also claimed John's psychiatric problems preexisted the accident and planned to call John's ex-wife and her family to prove it.

At mediation the trucking company only offered $450,000. The case finally settled for $1,850,000 on the Friday before trial, including the claims of John's second wife Jane who was riding on duty with him at the time of the crash.

Although the accident and its aftermath put severe strains on John's second marriage, the settlement has given the Does a new lease on life. They have moved to Jane's home in Oklahoma for a brand new start.