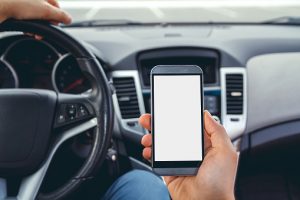 The National Highway Traffic Safety Administration (NHTSA) reports that approximately 3,477 lives were lost and 391,000 injuries were sustained in 2015 due to distracted driving. Considering the amount of distraction handheld devices cause drivers, these numbers are of no surprise.

According to NHTSA, the average text takes about 5 seconds to type and send. At any given time during daylight hours, there are roughly 660,000 drivers using a handheld device while operating a motor vehicle. At 55 miles per hour, a driver can travel the length of a football field with his or her eyes off the road.

Within that short amount of time, traffic could come to a stop, a pedestrian could attempt to cross the street, or a sharp curve could be just yards ahead. When drivers fail to pay attention to the road in front of them, their negligence can result in a catastrophic accident.

That's why the death toll caused by distracted driving has prompted several states to make texting and driving a primary offense, which means that law enforcement officers can stop motorists and cite them for using a handheld device while driving.

Florida is finally cracking down on texting and driving

Since distracted driving is one of the leading factors in auto accidents nationwide, you would think that all states would vehemently crack down on such behavior. But some states seem to be lagging behind when it comes to road safety. According to an EverDrive 2016-2017 Safe Driving report, Florida is the second-worst state in the nation when it comes to distracted driving, ahead of only Louisiana.

In 2015, over 45,000 Florida accidents were caused by distracted driving. This resulted in approximately 9,022 injuries and 51 fatalities, as reported by News Channel 8. Since texting and driving was made a secondary offense in 2013, numerous efforts to make the traffic law stricter have failed to gain traction in the state legislature.

Luckily, that may be about to change, as a new bill makes headway, drawing support from families of distracted driving victims, former House Speaker H. Lee Moffitt, AT&T representatives, Uber, AARP, and several auto dealers. An extensive study conducted by 10Investigates may have been the catalyst for change, influencing current Florida House Speaker Richard Corcoran to take action.

According to 10 News, the bill, titled HB 33, was recently unanimously approved by The House Transportation & Infrastructure Subcommittee. The bill has since passed the Judiciary Committee and is now up for consideration by the full House. If passed, the bill will further enforce Florida's prohibition of texting and driving by making it a primary offense, granting law enforcement the authority to stop and cite drivers caught using handheld devices.

Actions you can take

If new measures are put in place to curb distracted driving, more accountability is placed on Florida drivers. Motorists who fail to fulfill their duty of care put others at risk and can be held accountable if their actions result in a crash.

If the actions of a distracted driver caused your injury, you need the legal counsel of an experienced Jacksonville auto accident attorney. If a loved one lost their life due to distracted driving, then you may be eligible for a wrongful death claim.

The attorneys at Pajcic & Pajcic are dedicated to helping accident victims, and their families, in and around greater Jacksonville. Contact us today for a free consultation or call 904-358-8881.