Home » Blog » Florida May Do Away with ‘No-Fault’ Rule

Florida May Do Away with ‘No-Fault’ Rule 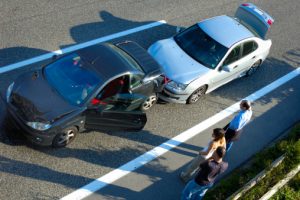 Florida is considered one of the top 10 riskiest states to drive in, and for good reason. A report released by Florida Highway Safety and Motor Vehicles reveals staggering crash statistics for 2016. That year saw approximately 395,785 auto accidents statewide, an increase of 5.73 percent from 2015. This high number of crashes resulted in a total of 254,155 injuries and 3,176 fatalities.

Geo Tab reports that Florida is ranked number one for having the deadliest highways in the United States. In 2015, Florida also ranked number one for having the most uninsured drivers in the nation, with more than 26 percent of the state's drivers without liability insurance, according to Insurance Information Institute. In large part, that is because of Florida's laws regarding auto insurance.

The Sunshine State implemented its no-fault rule in 1972, which was designed to promptly cover medical expenses, wage losses and deaths of injured drivers, regardless of who was at fault. The downside to the rule is the limitations placed on injury victims, minimizing their ability to sue for further damages.

Florida only requires drivers to purchase personal injury protection (PIP). This plan gives those injured in an accident access to medical benefits and compensation for other damages. But the PIP coverage in Florida is rather low, with only $10,000 covering personal injury protection and up to $5,000 in death benefits. For this reason, crash victims are often forced to pay for additional damages out of their own pockets.

Many Florida residents have deemed PIP as inconvenient, considering that most of them already carry health insurance. Annual premiums are also among the highest in the nation, at roughly $1,200 per year. Taking the amount of coverage into consideration, it's no wonder Florida drivers are overwhelmed by the prices. If that's not bad enough, negligent drivers are able to avoid compensating responsible drivers, whose premiums often rise after an accident.

Changes are underway for Florida drivers

The new house bill, HB 19, would offer responsible drivers the opportunity to save up to $81 per vehicle and a collective amount of $1 billion annually.

My Palm Beach reports that efforts are already underway to repeal Florida's no-fault rule. If HB 19 goes into effect, all Florida motorists will be required to purchase bodily injury coverage (BI). Under this new policy, the required coverage will increase to $25,000 in damages for bodily injury or death of one injury victim and $50,000 for two or more injury victims in the same accident. Typically called 25/50 coverage in the insurance industry, this is the minimum required in Georgia, for example.

Additionally, the bill would remove limitations on tort liability, allowing injury victims to sue for further damages, beginning in 2019. HB 19 has passed the Florida House with bipartisan support; its companion bill, SB 150, is currently in committee in the Florida Senate.

This would be a major leap for the Sunshine State, potentially providing significantly greater protection for people injured in crashes. If a driver's negligence caused your accident, you should never be forced to pay out of your own pocket.

That's why you need the legal counsel of an experienced Jacksonville auto accident attorney. At Pajcic & Pajcic, we are dedicated to helping accident victims receive the compensation they deserve. Contact us today for a free case evaluation or simply call 904-358-8881.